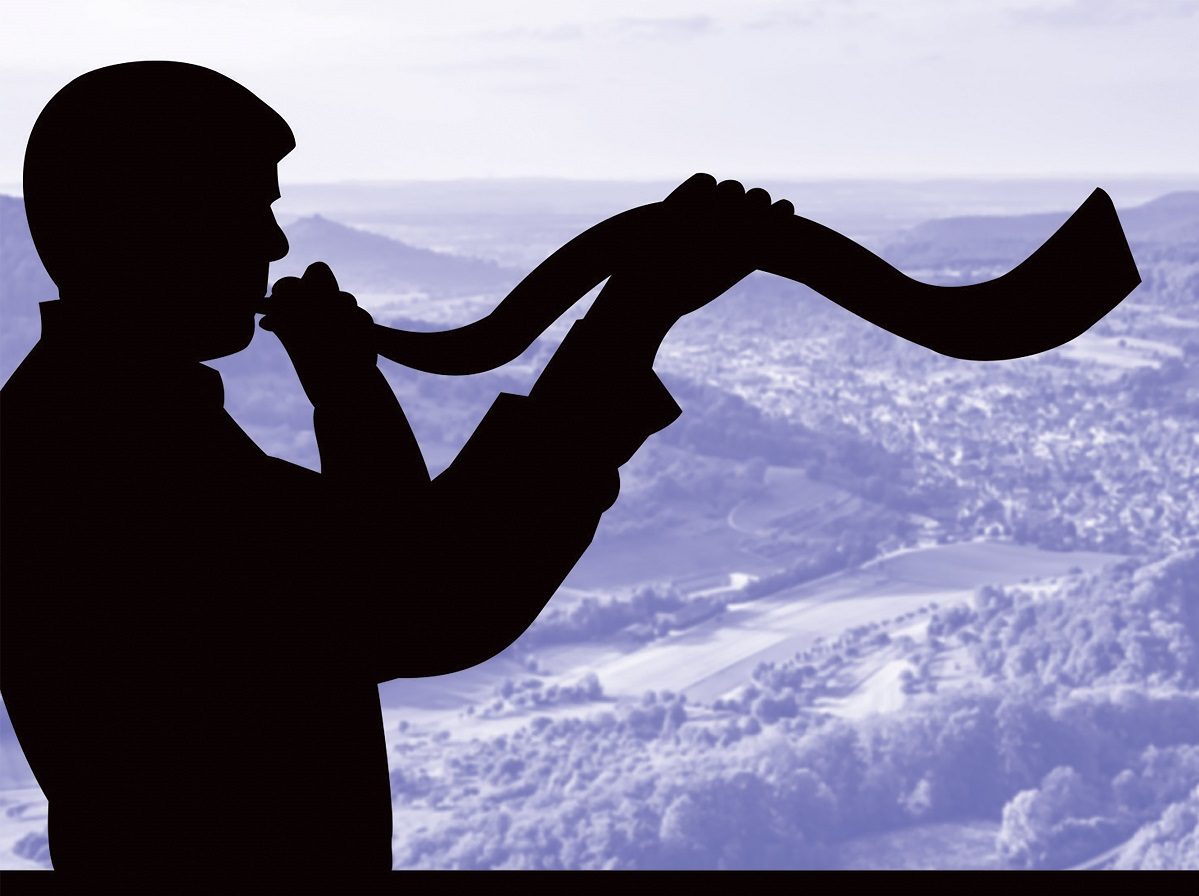 Human societies have grappled with versions of the same problems for at least as long as written records exist, and probably longer ago than that. Aside from hunger and predators, no problem has been a feature of ordinary human life longer than the personal debts families accumulated in ancient times simply to live and eat between harvests. The ancient solution was a periodic “debt jubilee” declared by the king to wipe away all personal debts.

The debts accumulated by individual families cumulatively created major political and social problems in those ancient societies. For starters, lenders centuries ago wanted collateral for loans, which could be a portion of the next harvest or the option to take the debtor or his children into slavery if the debt was not paid. For the rulers of those societies, the growing number of debt slaves often meant a declining number of potential soldiers, and managing the constant friction caused by deep popular resentment towards the people who held all of the loans.

Richard Vague, author of The Case for a Debt Jubilee, argues that the ancient custom remains relevant now, when medical debt and student loans hobble millions of American families. Vague reasons that a broad debt forgiveness would energize America’s economy and very possibly drain some of the toxicity from our politics, which he sees as getting ever more poisonous since the Great Recession.

We asked Richard Vague about the similarities and differences between debts in ancient times and now, how a debt jubilee could work in practice, and what the broader benefits of debt forgiveness might be.

Grit Daily: In Debt: The First 5,000 Years, the late and lamented David Graeber explored the ancient connection between debt and slavery, under the reasoning that a person’s body was the final collateral. Debt jubilees were, if I have this right, seen as the way to avoid social collapse caused by basically having most of the society enslaved to a few. How do you see our situation now? How deep are the problems caused by massive debt?

Richard Vague: Certainly nothing can compare to the situations in ancient societies where a borrower had to pledge either his child or himself as collateral.

Yet, U.S. households are carrying the highest level of debt in history, and it has the practical and insidious effect of weighing down tens of millions of Americans to the point where they cannot make the investment necessary to improve their lives or power the economy forward—whether for something like college education for their children, buying a house or making home improvements for their family, or spending on things like vacations. It has left many with lives that are essentially permanent battles with debt collectors.

The two most vibrant growth decades since World War II were the 1950s and 1960s, and we calculate that, with today’s greater burden of debt, the “debt service ratios” of households are 30 to 40 percent higher now than for households then—and are rising.

This high household debt was the reason the economy was stuck in such a slow growth mode in the years after the great financial crisis, and it is the reason it will be stuck there again after the benefits of pandemic relief programs—which primarily ended up in the hands of the well-off anyway—are fully spent.

Grit Daily: The phrase “debt jubilee” is not in common usage, but isn’t that essentially what the Biden Administration is debating internally for student loans?

Richard Vague: We need to divide the problem into two parts. First, we need to assess how can we make college more accessible and affordable for students applying today, and second, we need to determine what to do about those that have already incurred debt and are struggling to pay it.

Both problems are crucial and need to be addressed. A proposal that solves one problem but not the other doesn’t invalidate the other idea or ambition. It simply means there is more work to be done.

Given the rising costs of college, and our increasing need for more education to keep our competitive edge with the world, my view is that the best way to alleviate future borrowing for education is to provide more grants and other forms of outright support to students applying for college.

Grit Daily: Student loans can’t be discharged through bankruptcy, but astronomical medical bills are the single biggest cause of personal bankruptcy. Even if all medical debt was forgiven, wouldn’t it just recur as people get sick or injured?

Richard Vague: The idea that debt will recur does not invalidate the need to address the debt burden we are carrying today. In fact, ancient debt jubilee practices assumed that debt would recur. But that fact only gave those civilizations more incentive to offer what we might call a new start or a “clean slate.”

As I have shown elsewhere, debt always grows faster than income in every society—perpetually. That just increases the importance of finding ways to alleviate debt pressure along the way. Debt perpetually rises in every economy because it takes debt to grow. Since debt in the system always rises, debt relief needs to be built into the system. It needs to become a structural feature. It’s like an engine that would overheat unless some kind of exhaust system is part of the design.

Notably, most health-expense related personal bankruptcy comes from some expense that is unusual or unexpected—such as a surprise medical bill or catastrophic illness. A better healthcare system in the US could address that issue at its core and be good news to households, hospitals, and the economy as a whole. I have advocated taking one step in that direction by starting to offer Medicare to those 55 and older.

Grit Daily: You seem far more alarmed by the size and implications of personal debt in the US than the government borrowing that is in the news all the time. Why? How are those forms of debt different?

Richard Vague: Private sector debt, including household debt, is much larger than government debt and has a much more direct, immediate, and substantial impact on economic trends and outcomes.

In addition, governments in large, developed countries have a virtually unlimited capacity to carry and repay debt. To use the colloquial explanation, they can “print money.” Households and businesses can’t.

The governments that have trouble repaying their debt are almost always smaller countries that have large trade deficits and have borrowed in a foreign currency. My advice to those running small countries is to not get into that trap. It almost never turns out well.

Grit Daily: The banks and Wall Street investors were bailed out following the 2008 crash, but millions of American families were evicted. Now, in this very tight real estate market, we are seeing Wall Street money actively competing with families for houses. What, if any, connection do you see linking personal indebtedness, housing insecurity, financial precarity, and the toxicity of our politics?

Richard Vague: Making sure that the average family has reasonable, affordable access to basic needs, such as housing and healthcare, is at the absolute heart of a successful society.

The situation in housing today is very different than in the years following the 2008 crash. Then there was an oversupply of homes—the inventory of unsold homes reached 2.6 million. The problem was that many of the homes sold in that era went “underwater”, the mortgage was far greater than the value of the home, and millions couldn’t no longer pay their mortgage.

Today, the problem is almost the opposite. The housing inventory has been depleted all the way down to 1.3 million homes, and that scarcity has driven home prices up to levels many Americans can no longer afford. The Wall Street purchases you refer to has simply made the problem more acute. That puts the U.S. in a position it has never been in previously: an acute undersupply of housing, and a highly overindebted population.

That creates great stress and dissatisfaction across the country, exacerbating the discontent we are now seeing—feeding into the very toxicity you mention.

Rising rates and the GDP growth slowdown which will come as pandemic relief funds are depleted should alleviate the problem—but fully addressing the problem will take years and will need to encompass more than just housing relief.

Grit Daily: In Biblical times, the new king declared a debt jubilee, but I have real doubts that the government at any level could cancel private debts. How do you see debt forgiveness working?

Richard Vague: You are right. However, there are two things that can be tapped to bring the benefits of Jubilee. One is in fact the government, which has an almost unlimited capacity to take on higher debt and is in a position to provide direct relief in areas like student debt and healthcare debt. A second method is spreading the problem over a long period of years—in essence using the benefit of time. Both strategies have been used with success in the past.

We could have used this “benefit of time” for the millions of borrowers whose mortgages were underwater after the 2008 crisis. Lenders were reluctant to write down those mortgages and reduce the borrowers’ principal and interest proportionately because it would have forced them to take heavy losses in the year they did that. If we had given the lenders a one-time dispensation to spread those losses over 30 years, but only if they reduced the borrowers’ payment and principal commensurately, it could have made a significant difference in millions of people’s lives.

Grit Daily: Now the open ended question. What do you want to tell us about that I haven’t prompted with my questions?

Richard Vague: You’ve covered it all. I’m a big admirer of Grit Daily—thanks for the opportunity.