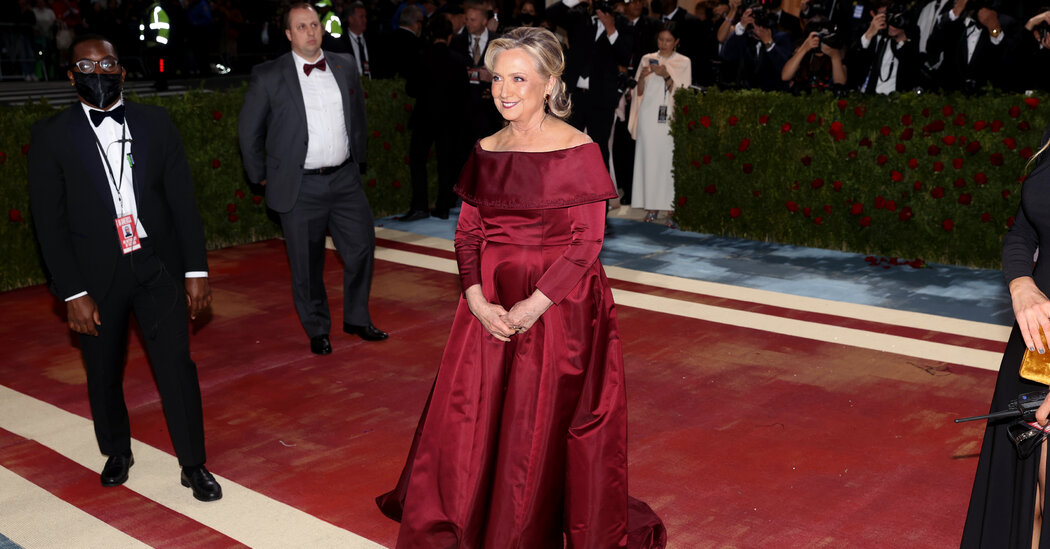 Hillary Clinton’s dress is making a statement: that shaping history is itself a form of glamour.

She is wearing a red Altuzarra gown embroidered with the names of American women she admires, including Harriet Tubman, Madeleine K. Albright, Abigail Adams, Eleanor Roosevelt and Clara Barton.

“I would’ve filled the entire dress,” Mrs. Clinton, the former secretary of state, told Vanessa Hudgens and Hamish Bowles during the Vogue livestream from the red carpet.

She added that she was excited to be celebrating America tonight — “not just the fashion of America,” she said, “but also the spirit of America.”

Last time Mrs. Clinton was at the Met Gala, in 2001, the theme was “Jacqueline Kennedy: The White House Years,” and she wore a cheetah-print gown.