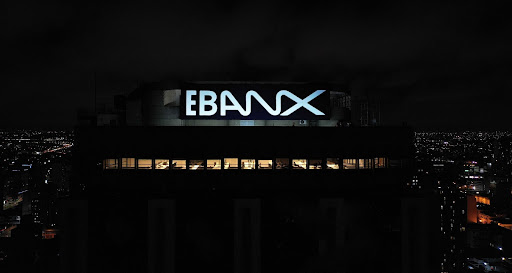 Since its founding ten years ago, EBANX, the leading payments platform in Latin America, has processed nearly one billion payments, and given access to global commerce sites and digital services to more than 70 million Latin Americans across 15 countries. More than 1,000 global companies including AliExpress, Airbnb, Amazon, Garena, Shopee, Sony, Spotify, Tencent, Uber and Wish count on its payments platform to help them win a larger slice of business in LatAm – which had three countries (Argentina, Brazil and Mexico) rank in the top-five fastest growing e-commerce markets in the world last year, per eMarketer/Insider Intelligence.

“In these 10 years, we have been able to witness important transformations in the digital market, in the payments industry, and in innovation ecosystems around the world. We are pleased to have actively participated in these movements in Brazil and Latin America, using cutting-edge technology and local knowledge,” said João Del Valle, co-founder and CEO of EBANX about the fintech giant’s recent milestone of operating for a decade on February 10th.

The Brazilian fintech, co-founded by Alphonse Voigt, João Del Valle and Wagner Ruiz in 2012, began its journey by offering cash vouchers as a payment method to international e-commerce sites that wanted to sell goods in Latin America, and became the first unicorn in the southern region of Brazil and a reference for payments processing across the region.

More recently during the summer of 2021, Advent International, one of the world’s largest private-equity firms led a mega investment round in EBANX of $430 million, its largest investment in a Latin American technology company, and the second-largest funding round received by a LatAm fintech company in 2021. By the end of last year, EBANX closed two acquisitions of Brazilian fintechs Juno and Remessa Online, as well as acquiring shares of Banco Topázio, further strengthening its portfolio diversification.

Earlier this year, EBANX opened a new office in Mexico, a top-priority market for its continued growth this year. Then in February, the company announced the appointment of Paula Bellizia, a former VP at Google, as its new president of Global Payments. She is leading sales, marketing, operations and expansion of EBANX around the world.

GritDaily recently spoke with Bellizia and EBANX CEO João del Valle to get an inside scoop on one of Latin America’s fastest growing fintech startups and what’s coming next in a region that has seen vast amounts of new funding pour in from some of the world’s smartest investors.

PGrit Daily: Paula, you were until quite recently the VP for Latin America marketing for Google. What persuaded you to join EBANX?

Paula Bellizia: I was impressed with the clarity of EBANX’s priorities, its leading position in providing more access to goods and services in Latin America, and how we help global tech giants successfully expand their business in LatAm. We see that there are still opportunities in Brazil, which is maturing from the point of view of big brands that are looking at the international market. EBANX is a great partner, and we already have some very interesting cases here.

I’ve always been linked to large global technology and success companies, and with EBANX, it’s no different. The only difference or addition is that I am even more inspired to be able to participate in the construction in the new decade of a successful Brazilian company.  So I’m going to participate in building a global technology company, only this time, founded and held here in Brazil. It’s super consistent with my trajectory, and I have a lot to learn here with the payments market – which is enticing for me. It’s a new adventure. And the team is fantastic.

Grit Daily: The Brazilian Central Bank has created the PIX instant payment system, which has skyrocketed in adoption since. What is the significance of PIX for EBANX?

João del Valle: It is not an overstatement to call PIX a revolutionary new instant-payments system that is likely to spread outside of Brazil across Latin America. The timing for it tied to the digital acceleration from the pandemic was perfect. PIX has outpaced boleto, credit, and debit cards in total volume last year, per our latest Beyond Borders’ research study, and virtually eliminated the old bank transfer model in the country.

PIX has already been adopted by more than 114 million people in Brazil, LatAm’s largest economy, since the Central Bank first introduced it in late 2020. That represents 67 percent of the adult population – moving 6.7 trillion reais and reaching the total transaction level of credit and debit cards. Choice and convenience are important factors in why consumers select a payment method – and that drives a sentimental bond with PIX for them. About a third of people we polled say they’re going to choose PIX in the next purchase from their preferred merchants.

Our view is that PIX is likely, in the near future, to transform into a real-time, cross-borders payment hub for the entire region and help to change the way Latin Americans pay for all types of goods and services. And this is core to our mission at EBANX to give broader access to global commerce for people across the region. PIX is playing a vital role to provide a better experience that is free and fast for consumers, and even more affordable for merchants.

More than nine million companies have adopted PIX instant payments already. They represent 60 percent of all businesses that have a relationship with our national financial system today. According to a new study co-authored by economists from Brazil’s Central Bank, PIX costs only a fraction of what credit or debit cards charge merchants for each transaction. It is also more competitive than the credit card industry’s rates in the U.S., Canada and the E.U.

PIX is definitely here to stay for the long-haul, and EBANX will remain on the forefront of providing technology that makes it easy and convenient for consumers to use advanced functionality that lies ahead – for instance the ability to Buy Now, Pay Later with installment payments using PIX, a payment option that has caught on in a big way here in Latin America.

Grit Daily: Please explain the difference between m-commerce and e-commerce, and what is the appeal of m-commerce in Latin America?

Paula Bellizia: Sure. Mobile commerce (m-commerce) – the use of smartphones, primarily Android phones in LatAm, for online shopping – has been on a steep rise during the last two years in Latin America. For the first time last year, m-commerce purchases surpassed those made by desktop or laptop computers, making LatAm mobile-first when it comes to online shopping. This tipping point towards m-commerce in the region is not that surprising. Latin Americans have been heavy users of smartphones, social media, and digital entertainment for some time.

Smartphones are now a fundamental instrument for digitization and financial inclusion in Latin America – especially given that in many countries there are more adults who have a smartphone than a bank account. In a region facing lasting inequalities and emerging broadband internet access, smartphones have become a bridge to the world. They let people communicate with each other, access online education, watch movies, pay bills and, of course, to shop. As millions more Latin Americans have become new online shoppers using smartphones since the pandemic, m-commerce is now their favorite way to browse and purchase goods and services today.

As a next trend we’re watching closely, we see social shopping or s-commerce taking over a larger portion of e-commerce in Brazil and beyond. Buying and selling within social-media networks, gaming environments, and other forms of online entertainment are expected to increase dramatically in the next few years. Accenture’s latest survey on the topic revealed it will grow almost two and a half-fold during the next three years to about $1.2 trillion by 2026. With the level of enthusiasm for social media and entertainment in LatAm, we anticipate the region will be one of the early front-runners in the rise of s-commerce as the next big thing here.

Grit Daily: How important is EBANX’s recent purchase of the international money transfer firm Remessa Online for $229 million? How will this expand your business?

João del Valle: We are focused on expanding our footprint globally and also accelerating our growth both geographically and in new verticals. M&As are very useful to bring in new features we don’t currently offer, especially ones we won’t be able to develop in time before the market takes off. Remittance, or money sent electronically in payment for goods, services or a gift, is a new capability we have acquired with the recent purchase of Remessa Online.

We are working during the next six months to fully integrate it, and one way it expands our business is immediate access to thousands and thousands of micro-entrepreneurs who are already regularly using the Remessa Online platform. Our Global Payments division that Paula now runs is very focused on enterprise customers – including the many global merchants and tech giants we already work with today – and Remessa gives us a complementary offering using our same assets, exchange infrastructure and payments technology for a broader set of users.

Grit Daily: What are EBANX’s aspirations in terms of ESG?

Paula Bellizia: Last summer, Bank of America released a survey of active investors in Latin America, and nearly 90 percent of them indicated they consider companies’ focus on environmental, social, and governance practices to make investment decisions or they plan to in the near future.

Having worked at many global tech companies, ESG has long been important to me as part of culture-building, recruitment and retention, and in building corporate reputation. More people than ever today prefer to do business with companies that focus on the greater, collective good. It is an important factor to consider, and I will be working with other EBANX executives in the months ahead to consider, ideate and roll out new ESG initiatives including diversity, education, financial inclusion, and sustainability.

GD: EBANX is launched a rebranding initiative on March. What can you tell us about that?

Paula Bellizia: I joined the company as a very special moment as EBANX turns 10 and looks forward to the next decade of its journey. As part of this moment, we are now ‘wearing new clothes’ with the rebranding of the company. The new logo reflects the exponential growth of the company, which increased its volume of processed payments by more than 110 percent last year.

This forward momentum is illustrated by the changing size of each letter in the logo and this is a visual reference to our plans for future growth The letter X in the new logo is the largest and expresses the idea of the brand’s wide reach. The new tagline –  Be there. Anywhere – highlights our customer-centric mindset and commitment to shortening the distances between businesses and consumers through simplified digital payments.

In the decade ahead, we want to be where our customers will be, serving their end customers in LatAm and, in the future, wherever they’re  located. Hitting ten years is a historic moment for us.