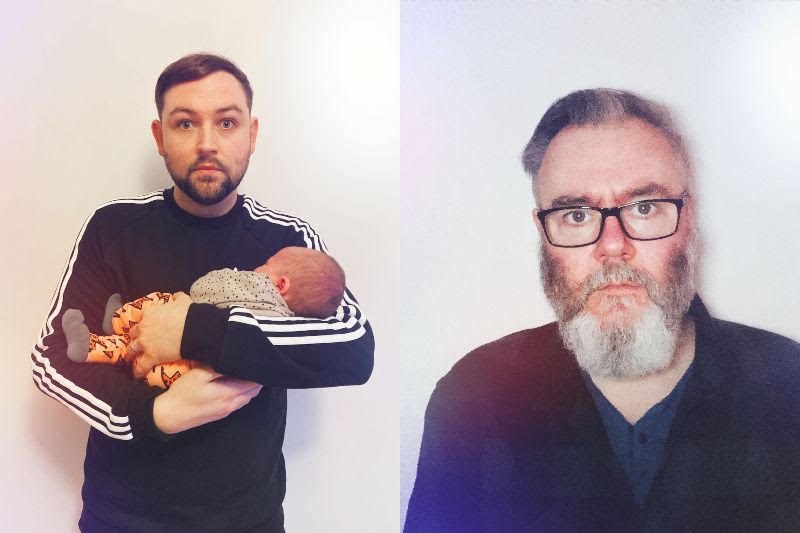 Arab Strap is one of the pillars of the long, proud history of depressed, drizzly Scottish indie rock, while the Twilight Sad have carried on that tradition. Now, members of both of those bands are coming together to form a new project. As Brooklyn Vegan points out, Arab Strap leader Aidan Moffat and the Twilight Sad singer James Graham have gotten together in a new duo called Gentle Sinners, and their debut album is coming this spring.

Gentle Sinners have actually been releasing singles for a little while, but they’ve done it without revealing the identities of the people in the band. In a new NME interview, both Moffat and Graham talk a little bit about how it came together. Graham says, “I love being in The Twilight Sad, I’ll write with Andy [MacFarlane] for the rest of my life, but I wanted to see what else I could do, and push it as far as I possibly could. Then Aidan said: ‘Aye, I’ve got some stuff!’” Moffat says that their music is “reflecting that we both tend to listen to pop music more than people would think. We have all these ideas that we probably couldn’t do with the other music we make.”

Gentle Sinners will release their debut LP These Actions Cannot Be Undone this spring, and their first three singles are all a little bouncier and synthier than anything you’d expect from Moffat and Graham’s other two bands. Rest assured, though, they’re still singing about crippling sadness. Below, check out the early singles “Face To Face (After Nyman),” “DTM,” and “Killing This Time.”

These Actions Cannot Be Undone is out 5/13 on Rock Action.