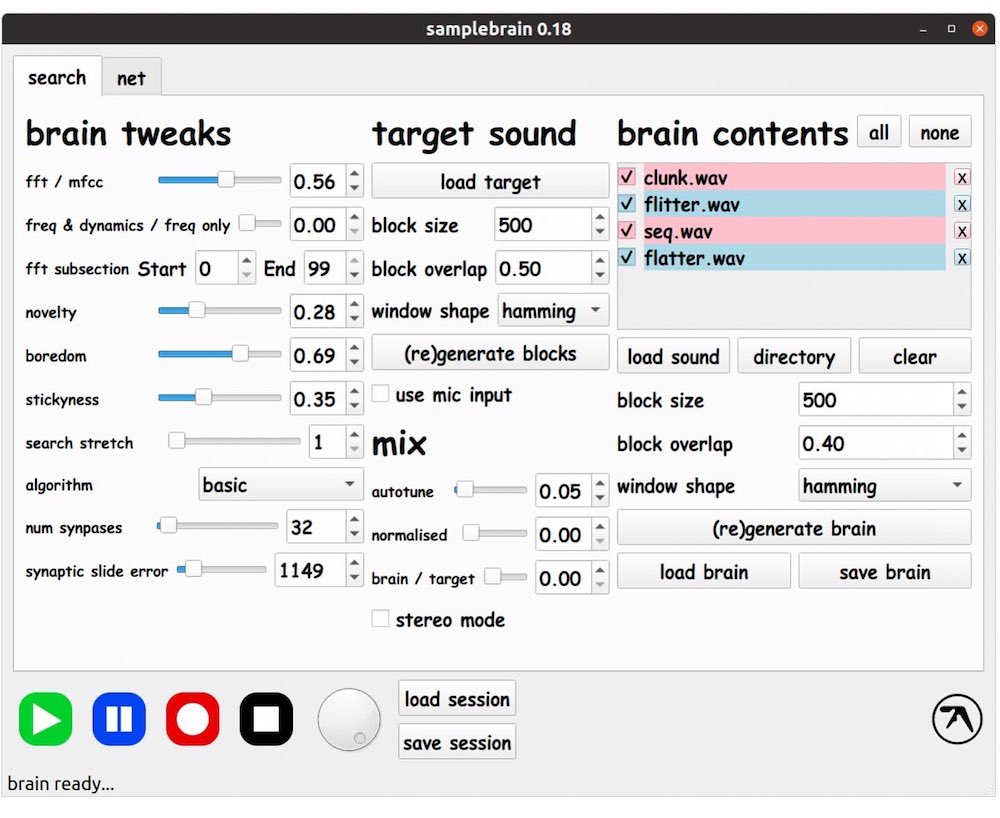 On its official website, Samplebrain is described as “a custom sample mashing app” that “chops samples up into a ‘brain’ of interconnected small sections called blocks, which are connected into a network by similarity.”

The description continues: “It processes a target sample, chopping it up into blocks in the same way, and tries to match each block with one in its brain to play in realtime.

This allows you to interpret a sound with a different one. As we worked on it (during 2015 and 2016) we gradually added more and more tweakable parameters until it became slightly out of control.”

Try Samplebrain for yourself here.