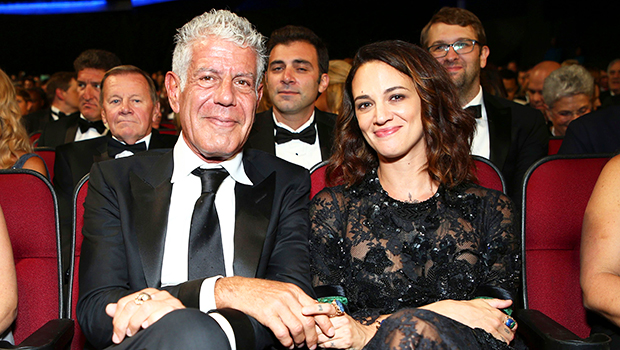 A new biography about Anthony Bourdain includes the late chef’s text messages from the days leading up to his suicide in June 2018. Parts of the book Down and Out in Paradise: The Life of Anthony Bourdain, written by journalist Charles Leerhsen, were published by The New York Times on September 27. The article includes some text messages between Anthony and actress Asia Argento, 47, when they argued about each being with different partners amidst trouble in their romance.

“I am okay,” Anthony reportedly texted Asia after seeing footage of the actress dancing with a French reporter at a hotel in Italy where the couple used to spend time together. “I am not spiteful. I am not jealous that you have been with another man. I do not own you. You are free. As I said. As I promised. As I truly meant. But you were careless. You were reckless with my heart. My life,” the A Cook’s Tour host also reportedly said.

Anthony had reconnected with his estranged wife Ottavia Busia at that time, which upset Asia, who he started dating in 2016. The Italian actress reportedly told Anthony, “I can’t take this,” via text, before she allegedly ended the relationship due to his “possessiveness.” Anthony asked Asia, “Is there anything I can do?,” to which Asia responded, “Stop busting my balls,” according to NYT.

In his final message to Asia, Anthony simply texted back, “OK.” Later that day, the famous chef killed himself by hanging in his room at a hotel in Northeastern France. Anthony was 61 years old when he died.

Anthony’s text messages with his estranged wife were also published by the NYT on Sept. 27. “I hate my fans, too. I hate being famous. I hate my job,” Anthony reportedly wrote to Ottavia not long before he died. The celeb chef also said, “I am lonely and living in constant uncertainty.” Anthony and Ottavia separated in 2016 but remained close as they co-parented their daughter Ariane, now 15.

Simon & Schuster is set to publish Down and Out in Paradise: The Life of Anthony Bourdain on October 11. Anthony’s family members are not in favor of the books’s release, according to the NYT, and his brother Christopher Bourdain even reportedly referred to the biography as “hurtful and defamatory fiction.” Asia reportedly told New York Times that she didn’t read the book and claimed that she told the author he “could not publish anything I said to him.”

Shakira Tax Evasion Trial: Everything To Know About The Charges She Faces In Spain