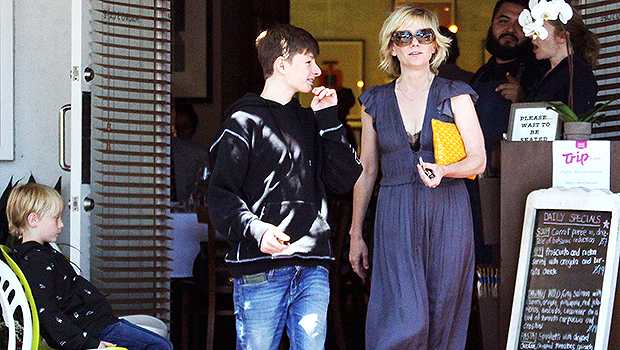 Anne Heche‘s older son, Homer Laffoon, 20, has filed to be named legal guardian of his younger brother, 13-year-old Atlas Tupper. The petition was submitted to a Los Angeles Superior Court on Aug. 31, according to court documents obtained by HollywoodLife. The filing comes about two weeks after Anne’s tragic death. Homer also requested to be the administrator of his late mother’s estate, as she died without a will.

“The Estate consists of two (2) intestate heirs—Homer Heche Laffoon and Atlas Heche Tupper. Homer Heche Laffoon is an adult and the proposed Administrator. Atlas Heche Tupper is a minor,” the filing reads. “Filed concurrently with this petition is a Petition for Appointment of Guardian ad Litem for the minor, which specifically requests that the guardian ad litem be granted the authority to waive bond on behalf of the minor.” The court documents list only Homer and Atlas as the heirs of Anne’s estate, the worth of which was not known at the time of filing.

Anne’s sons were born from each of her long-term relationships. Homer was born in 2002 to Anne and her husband at the time, Coley Laffoon. Atlas was welcomed into the world in 2009 by Anne and her partner for more than 10 years, James Tupper.

Anne died at the age of 53 after being involved in a fiery car crash on Aug. 5. The Chicago P.D. actress rammed her blue Mini Cooper into the garage of an apartment complex and then sped into a residential home, causing the car and home to burst into flames. Anne was pulled from the crash by paramedics and then rushed to the Grossman Burn Center at West Hills Hospital for burn treatment, but she did not survive her injuries. She slipped into a coma following the tragic accident and “suffered a severe anoxic brain injury”, according to her representative in a statement to HollywoodLife. She was placed on life support, which was pulled on Aug. 14 — two days after she was announced legally dead in the state of California.  HL confirmed that there were traces of drugs in the former soap star’s system during her horrifying accident.

On Aug. 23, Anne’s remains were cremated and her ashes were placed in a mausoleum at Los Angeles’ Hollywood Forever Cemetery. HollywoodLife obtained a statement via the actress’ representative from both Homer and Atlas the day her remains were laid to rest. “We are convinced our Mom would love the site we have chosen for her; it’s beautiful and serene and she will be among her Hollywood peers,” the statement read. “Most importantly, Hollywood Forever is a living place, where people attend movies and concerts, and other events. She was our Mom, but the kindness and the outpouring of the past few days reminded us that she also belongs to her fans, to the entertainment community, and now, to the ages.”