Anne Heche is being posthumously sued by a woman who claims she and her pets almost lost their lives when the actress crashed her car into her Los Angeles home in August.﻿

The Six Days, Seven Nights star was 53 when she crashed her Mini Cooper into the home of plaintiff Lynne Mishele, resulting in her death six days later on August 11.

Now, per court documents obtained by Page Six, Mishele is suing Heche’s estate for causing her immense trauma following the crash, and destroying “an entire life’s worth of her personal possessions”.

Mishele reportedly claims the “sudden and terrifying blast shook her to her core,” adding that she was left “completely traumatised, unusually startled by hearing loud noises, plagued by nightmares and flashbacks of the incident, terrified of walking outside, and, atop that, without a place to live.”﻿

She is reportedly seeking @US2 million (approx. $2.9 million) ﻿in damages. Heche’s estate is currently being administrated by her 20-year-old son, Homer Laffoon.

Laffoon and representatives for Heche are yet to comment on the lawsuit.

Following the devastating crash in August, ﻿Heche experienced severe burns as the car erupted in flames.

She was reportedly “stuck inside the vehicle” for 45 minutes and never regained consciousness.

Heche’s official cause of death was ruled as an accident by an LA coroner, who noted smoke inhalation and thermal injuries contributed to her death. 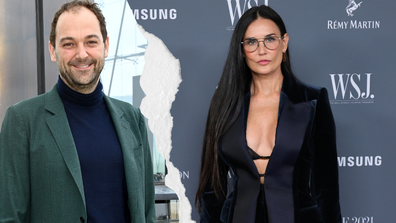