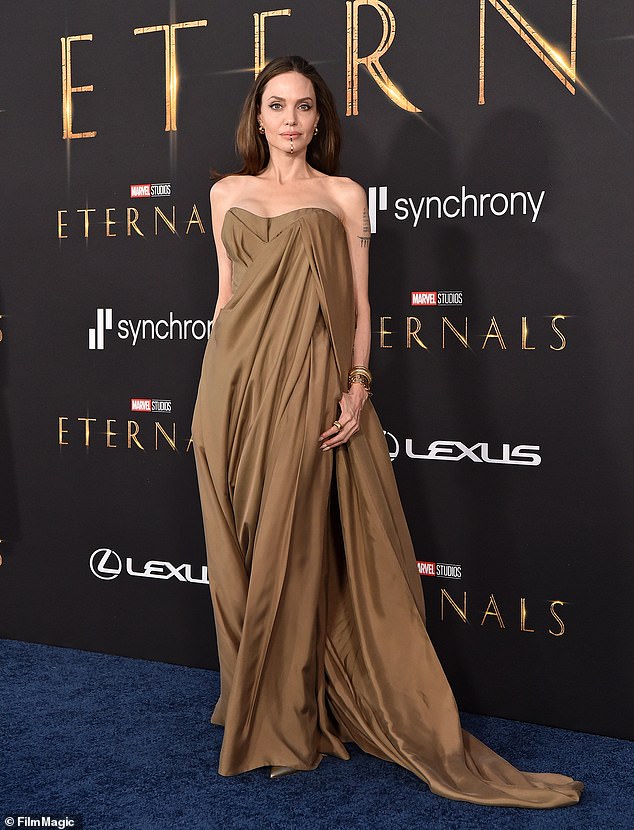 ‘Girls lost their rights!’: Angelina Jolie addresses the oppression women in Afghanistan face one year after US withdrawal but says there is ‘hope’

By Heidi Parker For Dailymail.com

It has been one year since the United States withdrew troops from Afghanistan and the Taliban took over rule.

Angelina Jolie – a UNHCR Special Envoy – marked that anniversary with an op-ed for Time magazine.

‘Sharing this piece I wrote for @time in honor of Afghan women, one year after the fall of the Afghan government. It cannot end here,’ the 47-year-old Oscar-winning actress added to her Instagram caption.

Jamie Lee Curtis of Halloween fame called Jolie an ‘influencer’ for her message.

Her comments: It has been one year since the United States withdrew troops from Afghanistan and the Taliban took over rule. Angelina Jolie marked that anniversary with an op-ed for Time magazine. Seen in 2021

The US helped 122K people evacuate Afghanistan a year ago. But about 80K people who helped the US were left behind.

In her op-ed the ex of Billy Bob Thornton pointed out that women are no longer allowed to be educated in Afghanistan.

‘Overnight, they and 14 million other Afghan women and girls lost their right to go to high school or university, their right to work, and their freedom of movement,’ Jolie wrote. 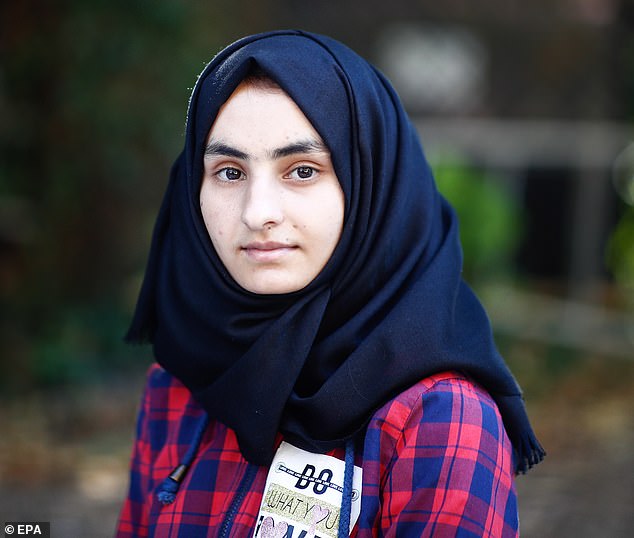 One who escaped: Basira Wakilzad, 18-year-old Afghan refugee who fled to France following the Taliban takeover, inside the refugee reception center of La Cimade organization, in Massy, near Paris, France, on August 10. According to UNHCR data, 2.7 million have crossed the border to live as refugees in 98 different countries 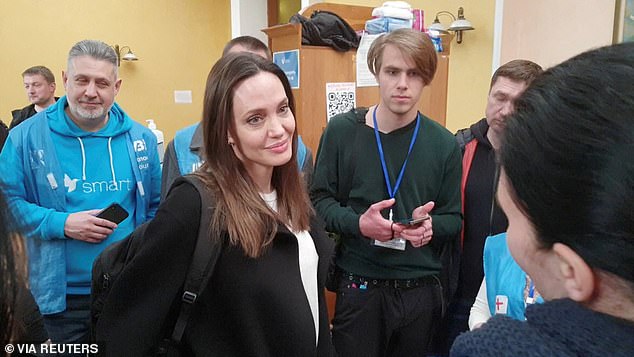 There had been progress in the country under US occupation which was like ‘a bright light.’

But women’s rights have ‘been overturned with unimaginable speed.’

The daughter of Jon Voight pointed out that women are now imprisoned, forced to marry and beaten in public.

And now the women of Afghanistan have to fight for their rights.

‘The daughters of Afghanistan are extraordinary for their strength, resilience, and resourcefulness,’ added the Maleficent actress. 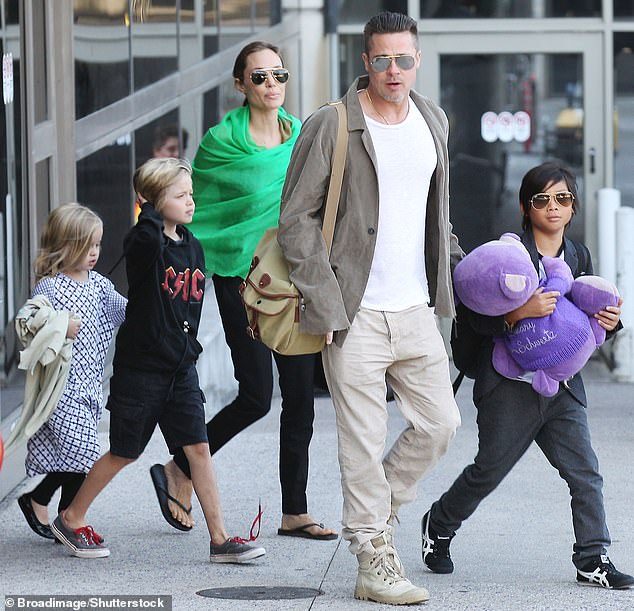 Still in a fight: Angelina and her ex Brad Pitt are still arguing over custody of their kids: they have Maddox, Zahara, Shiloh, Pax, Vivienne and Knox; seen in 2014

‘Yet despite the dangers, the greatest resistance to the reversal of women’s rights in Afghanistan has not come from foreign powers, but from Afghan women themselves, who have taken to the streets,’ Jolie wrote about the public protests in Afghanistan.

The mother of six also said that the US leaving the country was ‘the worst possible step.’

‘There have been different chapters in Afghanistan’s history and many dark moments. This is undoubtedly one of them. But I’m sure that this isn’t the final chapter. The dream of a pluralistic, open Afghanistan built on the equal efforts and free voices of all its people may seem to be — and be in reality — a distant hope. But I know it’s possible. This does not end here,’ Jolie concluded. 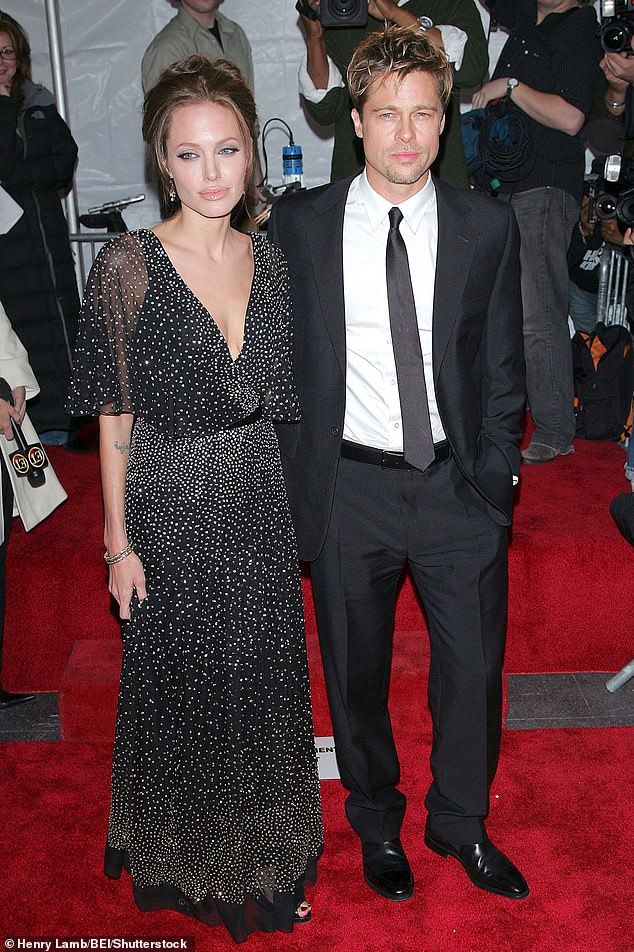 They used to get along: Meanwhile, Angelina and her ex Brad Pitt are still arguing over custody of their kids: they have adult Maddox and minors Zahara, Shiloh, Pax, Vivienne and Knox. Seen in 2006

Meanwhile, the Hollywood star had an emotional moment in her personal life last week when she dropped her 17-year-old daughter Zahara off at Spelman college in Atlanta, Georgia.

In a video posted online, school president Dr. Helene Gayle asked Angelina how she feels about being a Spelman mum and the actress replied: ‘I’m gonna start crying! I have not started crying yet … I’m holding it together.’

Angelina and her ex Brad Pitt are still arguing over custody of their kids: they have adult Maddox and minors Zahara, Shiloh, Pax, Vivienne and Knox.