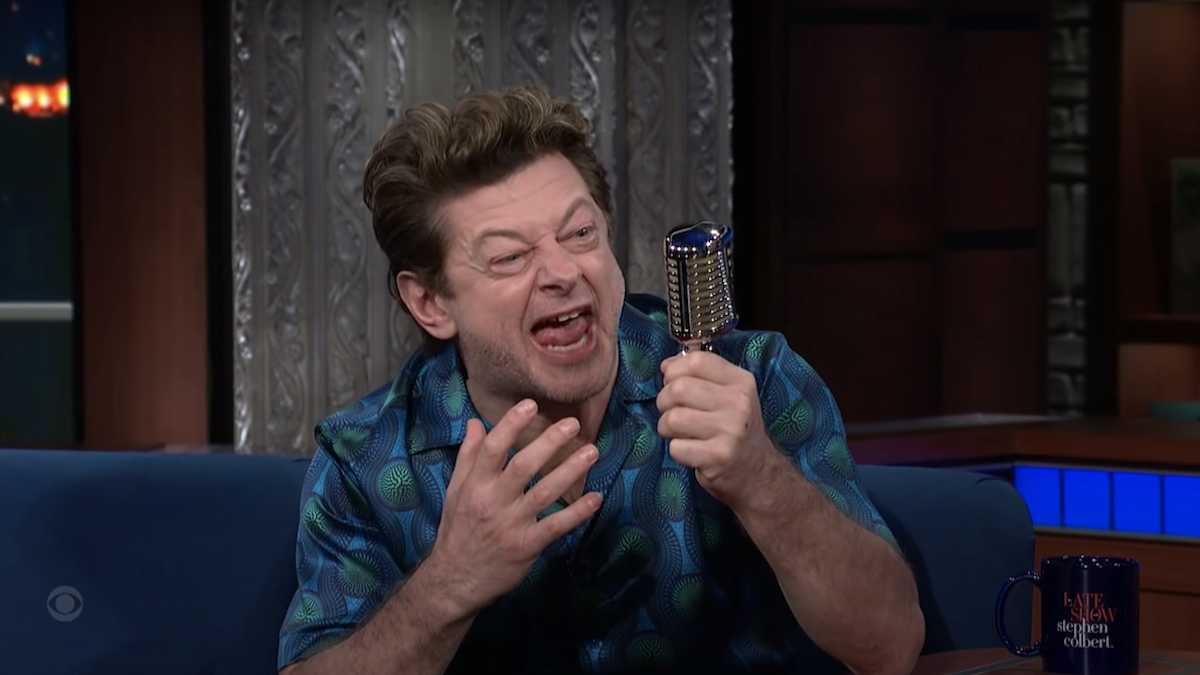 It’s always fun to watch talented voice actors jump from character to character, which is what Andy Serkis did during a recent visit to the Late Show with Stephen Colbert. Despite doing press for his recent turn as Alfred Pennyworth in The Batman, Serkis humored Lord of the Rings megafan Colbert by impersonating several characters from Tolkein’s universe, including a very topical rendition of a Ukraine-invading Gollum.

“Gollum was on this side and Sméagol was on this side,” Serkis said. “And he would say things like, ‘We wants it. We needs it. We must have Kyiv!’ ‘No Precious, they’re to impose sanctions!’ ‘Sanctions? Sanctions, my Precious? If they do anything, we’re going to give them shit back.’” Colbert, looking on in awe, smartly ended the interview then and there.

Serkis joins a flood of entertainers who have condemned Vladimir Putin’s invasion of Ukraine. In recent days, several artists have cancelled shows in Russia, while an episode of South Park theorized that Putin launched the attack because “his dick doesn’t work.” Whatever the reason, the event has spurred both financial and cultural sanctions on the country: Spotify and Live Nation ceased business with Russia, while Warner Bros., Disney, Sony, and Paramount all paused the release of films in the country.