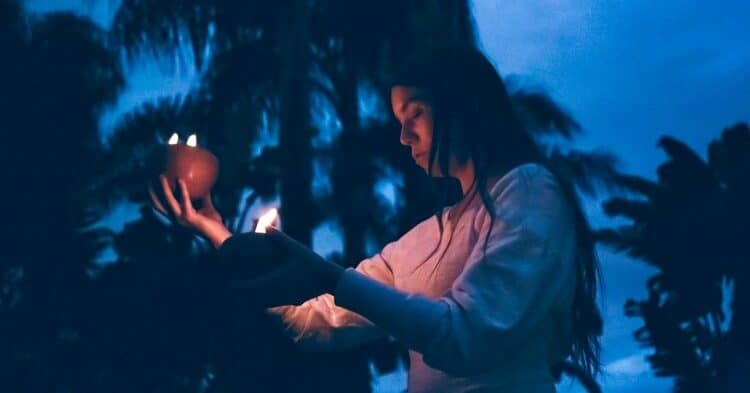 Alivenique – the self-described “meta pop-art musical project” of Ali Beletic – has released a new single. ‘Rain’ follows the project’s debut offering, ‘Tune In – Prelude’, which came out last year. Listen to it below.

“When I was writing the intro to ‘Rain’, I was thinking about drawing people into the story I wanted to tell,” Beletic explained in a statement. I was imagining approaching a small village on horseback in a sort of supernatural type storm, so it begins with a huge thunderlike drum with a super long decay, and then enters the delicate rain like shaker, which has it’s own rhythmic pulse, coming in and out, and then the distant imaginative vocals coming from a far off village that get louder as you approach, finally dropping into the collaged modern cut up vocals of the verse, poppy 808’s and a multi-perspective chorus telling us that we are dealing with both tradition and modernity. Musically and lyrically, for me, this song represents the iconic hero myth call at the beginning of an epic story, a story of super(naturalism) and modern femininity.”

In 2016, Ali Beletic issued her debut album, Legends of These Lands Left to Live.