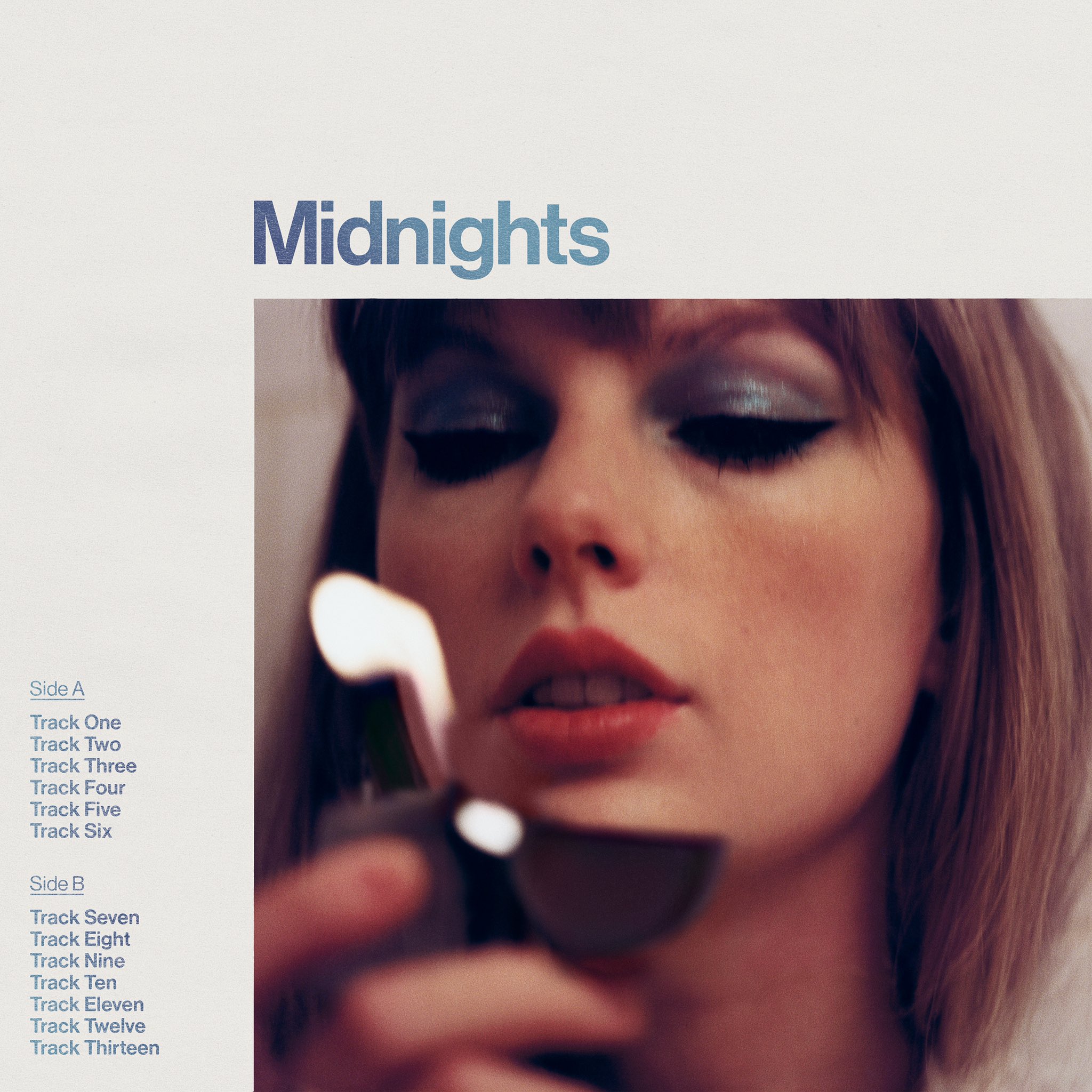 Before the clock had even struck midnight, the pressure was on to assess how Taylor Swift’s latest release fit within her catalog and what this new era would represent. (It’s always a “new era.”) Swift is a master at playing the game, and though she opted not to release a single since announcing the album back in August, she kept driving fan speculation with a steady stream of cryptic teasers, a carefully curated visual aesthetic, and a clear throughline: “the stories of 13 sleepless nights scattered throughout my life.” Still, the sound and tone of Midnights was harder than usual to predict, especially since it arrives after a tasteful pivot to the indie folk of folklore and evermore but also in the midst of her revisiting her earlier material through her re-recording project.

Though some aspect of the release was always going to land as a surprise – anyone who’d made up their minds right upon the album’s arrival was treated to seven more songs just hours later – it shouldn’t be entirely shocking that it finds her returning to the glistening pop of Lover (and Reputation, and 1989) while imbuing her songwriting with the mature, nuanced perspective that elevated her last two albums. After all, it’s Jack Antonoff, who has had a hand in producing all of those albums, who serves as her main collaborator on Midnights. But this effort to immediately determine the album’s place in the pop star’s canon is as inevitable as it can feel frustratingly inane. As critics, we should be able to contextualize new music without digging too deep into a single artist’s mythology, which can be fun but distract us from what this particular moment has to offer.

That said, Taylor Swift is a uniquely self-conscious pop artist and her self-consciousness matters because it infuses much of Midnights, a reflective album that turns to autobiographical narration as a means of contending with, breaking out of, and amplifying her own image. ‘Midnight Rain’, where she describes fleeing the confines of small-town romance, opens with a stark declaration: “He wanted it comfortable, I wanted that pain/ He wanted a bride, I was making my own name,” she sings, voice twisted in one of the album’s most memorable uses of vocal manipulation. She realizes the archetypes that would come to haunt her had their roots before she ever found fame. On the devastating ‘You’re on Your Own, Kid’, she lays out the fantasy she both fell and fought hard for: “I gave my blood, sweat, and tears for this/ I hosted parties and starved my body/ Like I’d be saved by a perfect kiss,” she admits, recognizing it was the same thing that lit the spark for her own creative path.

If Midnights wasn’t an album bound by Swift’s awareness of her own journey and stature, ‘Anti-Hero’ wouldn’t be its lead single. It’s a fitting but somewhat dumbfounding choice: the song deals with self-loathing in a way that’s both pensive and playful, leaning into but also poking fun at her own tendency to draw out a character. When she announces herself in the chorus – “It’s me/ Hi/ I’m the problem,” it comes through not in the cheekily bombastic manner you might expect from the ‘Me!’ singer, but rather jaded and emotional: “I’ll stare directly at the sun but never in the mirror,” she sings. Although she’s peering back through time, she’s not interested in reclaiming her narrative so much as considering how it’s affected her mental health and relationships on a more intimate scale – why is why Midnights is best enjoyed as a curiously understated, slow-burning affair than a triumphant return to pure pop.

The album (mostly) shies away from extravagance because the things it finds to be subtly tantalizing exist in a whole other realm. The stunning ‘Lavender Haze’ sets the stage by fixating on a partner with a gift for drowning out the noise that surrounds them and who avoids “read[ing] into my melancholia.” Accordingly, the production casts her in a radiant, almost muted glow for much of the album, a quiet shade of magic. There’s more than one edge to it: it can be lonely and dazzling, revelatory and doomful. ‘Snow on the Beach’ travels back to a scene of romantic enchantment, “weird but fuckin’ beautiful,” evoking the strange comfort of a moment frozen in time. Though it could benefit more from Lana Del Rey’s presence, her breathy backing vocals complement the dreamy, star-lit atmosphere. ‘Maroon’, by contrast, sounds more like a nightmare, the warped sense of time breeding a different kind of dizziness: “When the silence came, we were shaking, blind and hazy/ How the hell did we lose sight of us again?”

More often, though, Midnights treats silence as precious and uncomplicated, a space to revel in and disconnect from society’s expectations. “They said the end is coming/ Everyone’s up to something/ I find myself running home to your sweet nothings,” Swift sings endearingly on ‘Sweet Nothings’, which was written with her partner Joe Alwyn (under the pseudonym William Bowery), simplifying the sentiment of ‘Lavender Haze’ towards the record’s conclusion. What transcends the mundane is the couple’s shared understanding: One of the album’s most satisfying twists comes on ‘Mastermind’, where she lays out her elaborate scheme to get a lover’s attention until she realizes, through a simple smile, that he knew all along. The song is accented by vivid production flourishes, brushes of synth that strike just the right tone between giddy and mischievous.

The subject matter and Antonoff’s production will invite comparisons to Lorde’s Melodrama, whose grandiosity and resonance Midnights doesn’t come close to (nor does it try) reaching. At its best, the album utilizes the moody restraint that’s more reminiscent of Pure Heroine, though one of its most breathtaking cuts, ‘Labyrinth’, lies somewhere between those two touchstones. Swift captures the relationship’s disorienting dynamic with a single question – “I thought the plane was goin’ down/ How’d you turn it right around?” as potently as the production revolves around it. It stands out on an album where the music can feel more like a protective blanket than part of the same living body, and where Swift’s metaphors – though for revenge more often than love – can grow unruly and overwrought.

For a record about “13 sleepless nights scattered throughout my life,” however, Midnights is a surprisingly consistent album, one that grew on me over repeated listens. The songs I still couldn’t connect with are the ones that step into darker, more scathing territory – ‘Vigilante Shit’ and ‘Karma’ – and it’s less to do with Swift’s clunky lyricism than how out of step they feel with the rest of the project. That sort of awkward vindictiveness can be part of the fun on richer songs like ‘Anti-Hero’ and ‘Bejeweled’, but when it’s just a single layer, the idea feels half-baked. Though this review doesn’t cover the ‘3AM Edition’, songs like ‘Glitch’ are better at taking a silly concept and being creative about it. If the original album mirrored the variety of styles housed in those seven extra songs, it might have more closely resembled a “collage of intensity, highs and lows and ebbs and flows,” as Swift has described it. It would probably be a more adventurous and also messier project. As it stands, it has the flow of a dream rushing onto the page, simmering with desire and untainted faith but haunted by every fragment of reality that seeps in with each ticking second. When Midnights works, you find yourself pursuing it, too.