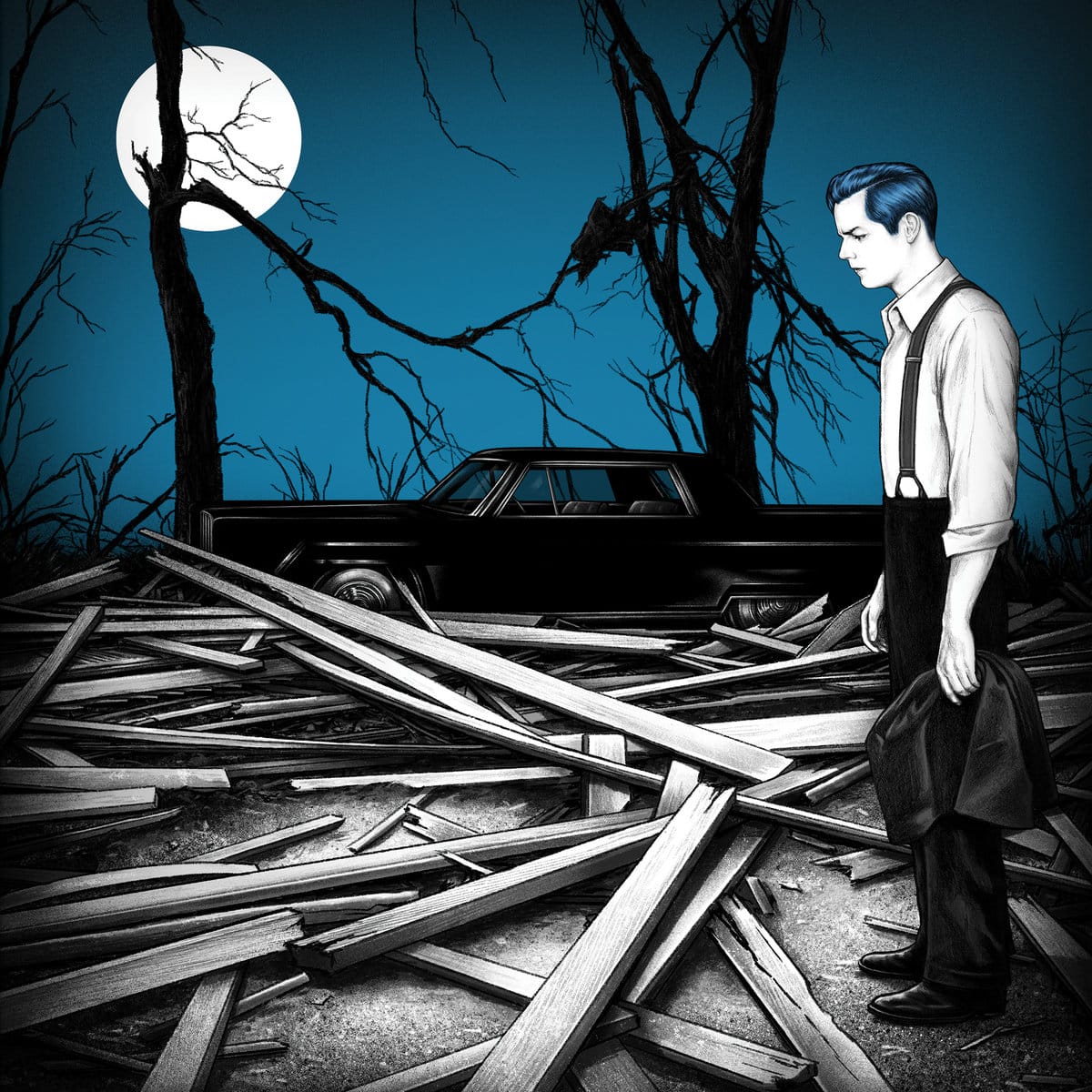 Fear of the Dawn technically has one title track. It comes right after the opener ‘Taking Me Back’, which is driven by a frantic rock riff that’s thrilling enough to get every alienated fan back on board after the dragged-out absurdism of 2018’s Boarding House Reach. It’s the most conventional-sounding song the album has to offer, even if it suggests Jack White’s avant-rock tendencies have all but vanished. (A gentler version of the song will feature on the second LP White has planned for 2022, the reportedly quieter Entering Heaven Alive). It’s also the first and only song that introduces the theme of a broken relationship, be it with a former partner or his own audience – the rest of the album’s lyrical content revolves around mostly nonsensical motifs, best encapsulated in ‘Fear of the Dawn’, another invigorating track that ramps up the momentum with a propulsive instrumental that splits the difference between Queens of the Stone Age and Black Sabbath. It’s enough to distract you from whatever White is trying to say, which, of course, isn’t really the point of any of these songs.

Just a few songs later, though, comes ‘Eosophobia’, which is literally the album title, but in Greek. There probably isn’t something all that funny about the fact it’s basically just a sophisticated term for the same kind of anxiety (even I, a Greek person, had to look it up), and it certainly shouldn’t form the basis of an argument about the many sides that make up Jack White as a musician, beyond the heavy/soft dynamic reinforced by this release cycle. But it can’t entirely be a coincidence that though ‘Eosophobia’ begins as sort of an acoustic tune, it’s not long before it fuses elements of dub reggae and classic blues rock, throwing in a wonky prog breakdown while also carrying a trace of the nu metal vibe that permeates the album. If it sounds like a bit much, it’s because it is, and I can’t decide if it’s one of the wild experiments that actually works. Mostly, the song serves to reaffirm the already established impression that there’s also Jack White the eccentric, and it’s the one that gets a three-minute ‘Reprise’ that’s as occasionally brilliant as it is superfluous.

Make of that what you will, but you have to commend White’s unbridled commitment to messing around with no concern as to whether what comes out makes sense as a cohesive whole. There’s no doubt Fear of the Dawn shares Boarding House Reach’s audacious spirit, but it also presents something of a paradox: in a sense it’s almost more bizarre than its predecessor, but in another it feels like somewhat of a compromise, an attempt to project a more single-minded focus without sacrificing its manic energy. At its best it sounds refreshingly forceful, at its worst kind of forced – as if drawing from a bunch of different genres could compensate for the fact that we don’t yet get to hear what it may sound like alongside its unreleased counterpart. It all falls apart when he tries to make something danceable, combining a Cab Calloway sample, a verse from Q-Tip, and some gaudy flamenco vocals on the early single ‘Hi-De-Ho’ and sampling both William S. Burroughs and Manhattan Transfer on the horribly funky ‘Into the Twilight’.

By contrast, songs like ‘That Was Then, This Is Now’ and ‘Morning, Noon and Night’ return to the reliable garage rock style that White can pull off better than most, trading the polished production that would have made it on Lazaretto with rougher, synthier undertones. Boarding House Reach proved that an awkwardly chaotic Jack White record could be entertaining in its own way, but Fear of the Dawn manages to come off as both overstimulating and weightless, and not just because its most memorable lines are those that helpfully scan as self-critique (“Are you making plans or just making sounds?” “I’m not as bad as I was/ But not as good as I can be.”) He saves the best piece of advice for last: “Better to illuminate than merely to shine,” White sings on ‘Shedding My Velvet’, an acoustic closer that probably acts as a bridge to Entering Heaven Alive, which he has said fans will enjoy “three times as much.” At the same time, it’s as much a reminder of what’s obviously missing from the album as it is a chance to reflect on the dark, furious intensity of everything that’s come before, like stepping into the light and recognizing the glorious mess behind you.