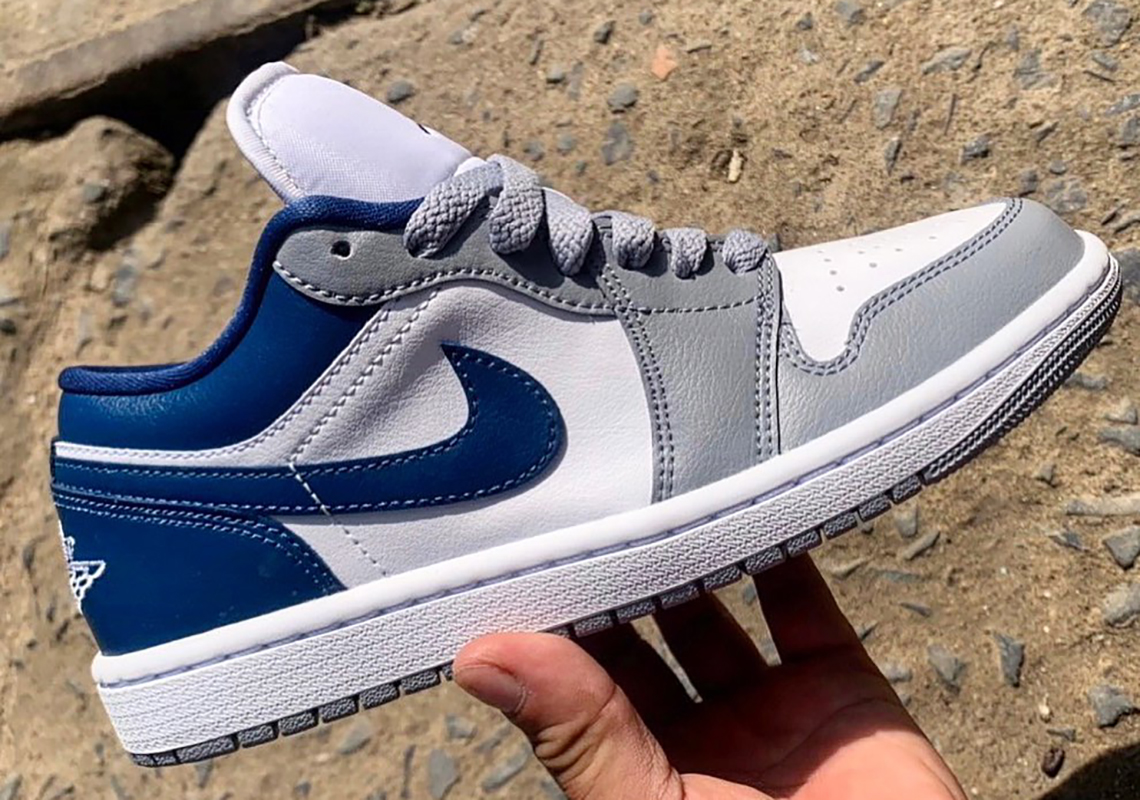 Throughout the Fall/Winter, the Air Jordan 1 Low seldom made an appearance. But with Spring having officially begun, the silhouette has rapidly expanded on its upcoming offerings. Its latest, which was recently shared by leaker @pvasneakers, adds to the calendar a blend of two familiar colorways: “Storm Blue” and “Wolf Grey.”

Across the heel, the pair leans much closer to the former: the dark blue is applied to not only the heel and collar but also the Swoosh and lining. Wings embroideries, then, adorn the rear with white thread, matching the midsole, tongue, and base. Forward, greys mark the toe cap and eye stays as it does the adjacent laces and outsole.

For a quick look at this newly-teased Air Jordan 1 Low, see below. As these are early leaks, it’ll likely be awhile before we see official images and word of a release date. For now, sit tight as we await further updates.