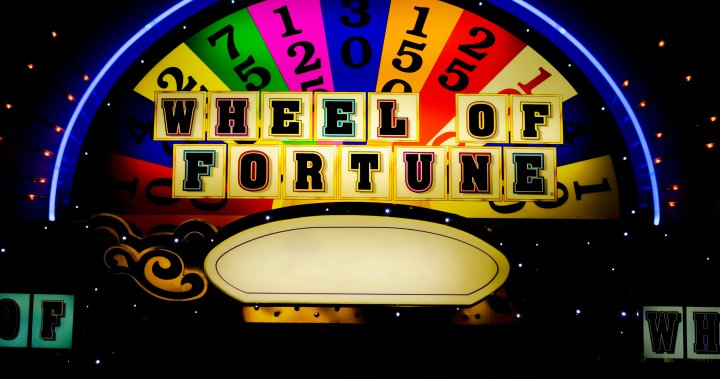 Wheel of Fortune viewers everywhere were left to scream at their TVs when two more obvious mistakes occurred on-air this week.

It’s not unusual for the game show guests to have difficulty deciphering phrases, but sweet dreams were certainly not made for Chris Bryant, who lost a puzzle containing song lyrics to a popular ’80s Eurythmics hit.

Needless to say, he lost the puzzle.

‘Wheel of Fortune’ viewers melt down over most frustrating round ever

Fans of the show took to social media to express their annoyance, outrage and all emotions in between. Many also sympathized with Bryant, having also believed the lyric was “these” rather than “this.”

Until I hear Annie Lennox confirm herself that the lyrics are “Sweet dreams are made of THIS”, I will not believe it. Wheel of Fortune ain’t gonna make me think I’ve been hearing those lyrics wrong for almost 40 years. #sweetdreamsaremadeofTHESE pic.twitter.com/pGppkuABpx

Again on Wednesday, another three Wheel of Fortune guests could not decipher the phrase “renting a pedal boat.”

Letters T, E and L were missing from the phrase. The first contestant asked host Pat Sajak if the answer was “renting a paddleboat.”

Once letters T and E were added (making the phrase “renting a peda_ boat”), another contestant asked if the phrase contained an M or W, making “pedam” and “pedaw.”

Five guesses later, the word was revealed as “pedal.”

Again, viewers of the game show turned to social media to vent their frustrations.

Hadn’t thought about @WheelofFortune in like 20 years until recently so the genius who decided to start having non-geniuses on the show deserves a big raise. $$

Never heard of a “pedal” boat. Only paddle boat.

The Wheel of Fortune rule declaring contestants must repeat the phrase exactly as it appears has been highly criticized over the years.

“Our long-standing rule is that in order to have a correct puzzle solve, a contestant must say only what is on the board without adding words,” a spokesperson for the show told Fox News last year.

“Contestants are thoroughly briefed prior to the show, and Pat often reminds them of this rule when solving a puzzle in this particular category.”

It seems, however, in these most recent cases sympathy was less present from viewers. After all, what is a pedam boat?