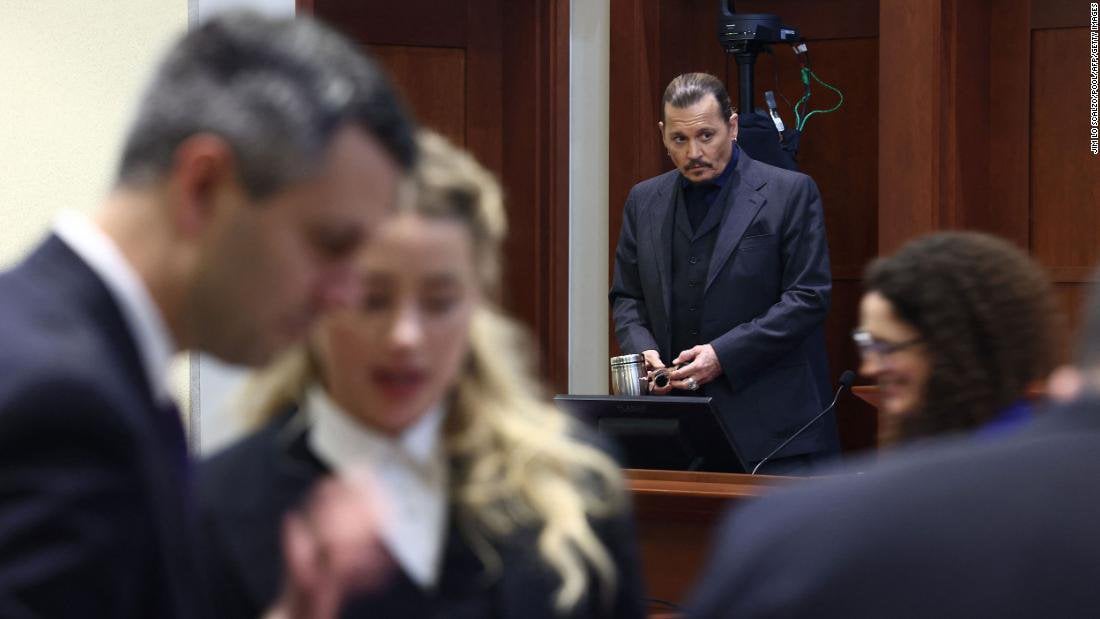 I just don’t see any possible way for Amber to recover, it wasn’t just the fact that she basically didn’t have any evidence, it was the fact that she lied on the stand so many times, even after people in specific industries that would know for a fact whether she did or didn’t do some thing.

You just can’t lie on the stand especially when the people you’re up against brought in witnesses and experts to prove you lied.

And her biggest mistake was creating this elaborate lie of all this abuse, knowing she didn’t have any evidence to support it, not from witnesses, not from pictures, and not even from getting her friends to lie for her.

I think almost everybody knows someone that has a diagnosed or undiagnosed personality disorder, they burned every bridge almost by habit, and they do so because they want to be the center of attention and the most important person in the room, they think they are the smartest, they think they are legitimately the best of everything.

The reason they get rid of their friends and anybody else who doesn’t go along with her fake reality, is because they don’t serve any useful purpose to them anymore and they get bored, whether that’s by giving them attention, lying for them, or helping them financially.

There’s a reason why she had to use depositions from 2019 with her friends, and that’s because she manipulated them back then when they first lied and staged photos, she probably threatened them that she would expose them if they didn’t give a deposition favorable to her, I’m pretty sure after that none of them wanted anything to do with her, which is exactly why none of them showed up to support her or even testify in court.

She honestly thought she was smarter than everyone, that she could just lie about it and no one would know, she reminds me so much of my ex, she always thought she could just lie about it and twist it and manipulate anything that looks negative for her because there is nothing more important than her ego, guess what happens when you’re dating or married to someone like that and you start to give them a reality check based on their behaviors and actions? They totally lose it, and then they get violent because they honestly think in their brain that is it is appropriate to physically assault people that will not agree with your delusions.

She will leave California I can guarantee you that, she will probably move out of the country, if not she’s going to move back to her daddy‘s and likely never be heard from again, at least that’s what normal people would do if they got caught the way she did. She’s so vindictive and aggressive I will not be surprised if she tries to file another lawsuit against Johnny, she will find any excuse to try to get her revenge just wait.