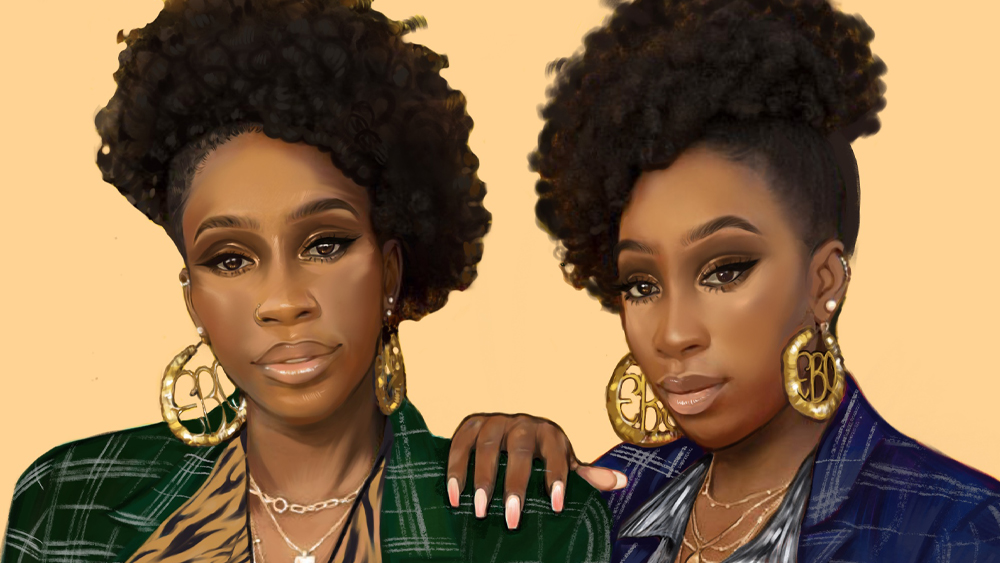 Filmmaker sibling duo Adamma & Adanne Ebo (Honk For Jesus. Save Your Soul) are further cementing their relationship with Disney Television Studios. The identical twins have signed a multi-year overall deal with studios’ 20th Television and 20th Television Animation, where they will develop, create and produce live-action and animated series for all platforms.

The Ebo twins currently have Supashawty Girls, Funkamatic Bangbang in development with 20th Television Animation for Freeform. Adamma and Adanne serve as writers and executive produce with Tiffany Haddish and Melanie Clarik.

The project follows Yeze and Tule when a freak laboratory accident turns the twin college students into dopeass superheroes, and they must learn to manage their brand new super-powered lives with the growing pains of adulthood. Unfortunately for humanity, they’d actually rather kick it than kick butt & save the world.

“I bonded instantly with Adamma and Adanne because they are just as obsessed with animation as we are,” said Marci Proietto, Animation EVP, 20th Television. “The Ebo Twins have unique voices and perspectives with countless stories to tell. I am super excited to welcome them to our 20th Animation Family.”

The duo has also has set up pilot spec Supply, 404 with Gloria Sanchez and MRC.

“We are all huge fans of Adamma and Adanne’s work and are thrilled they’ve decided to make 20th their home,” said Carolyn Cassidy, EVP, 20th Television. “Their talent and original storytelling as comedy creators and directors is undeniable and aligns perfectly with our vision to develop and bring innovative and dynamic comedic stories to all of our platform partners. It was a bonus to find out they’re also longtime Disney fans!”

Adamma and Adanne’s most recent feature film project, Honk For Jesus. Save Your Soul, written and directed by Adamma, produced by Adanne and starring Regina Hall and Sterling K. Brown, sold to Focus Features and Monkeypaw at the 2022 Sundance Film Festival. Their TV writing credits include the upcoming Amazon series Mr. and Mrs. Smith and Batman: Caped Crusader for HBO Max. Adamma also has directed an episode of FX’s Atlanta and three episodes of Amazon’s & Donald Glover’s Hive.

Added the Ebo twins: “20th continues to be flexible in an ever-evolving TV landscape, while supporting various creative sensibilities. And as creators with a non-stop running list of ideas, we’re super hyped to have studio partners who are just as committed to adding and challenging the television cultural zeitgeist in both animation and live-action.”