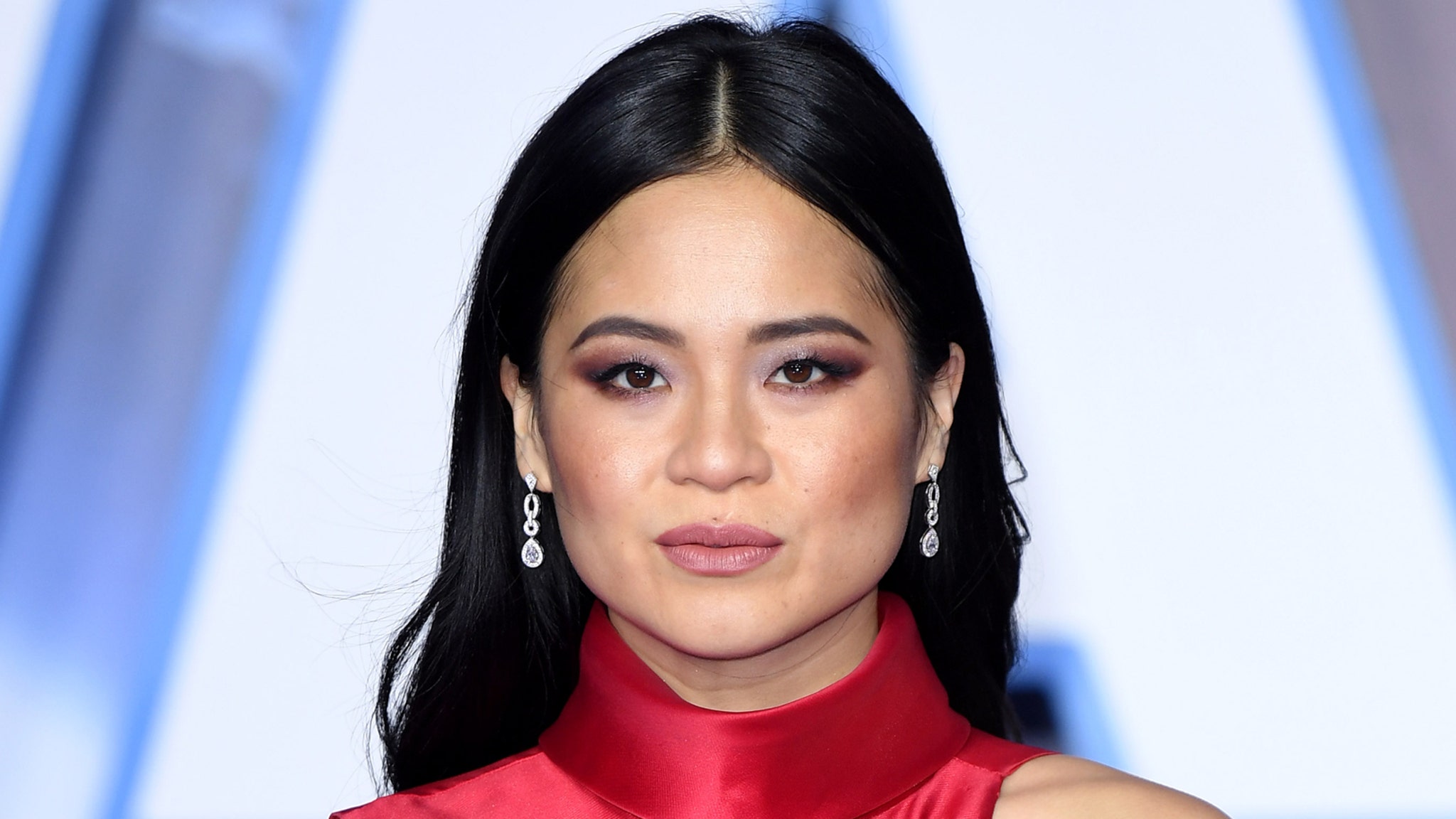 Every movie has a villain but behind that character is an actor…who’s probably absolutely nothing like their on-screen persona! And while they may get to put their acting chops to the test while playing the bad guy, some fans have a hard time differentiating the character from the real-life person.

That means that these actors sometimes encounter angry fans who are upset about the actions of their fictional alter-egos. From mean tweets to actual in-person confrontations, these stars have seen it all — and handle it with a lot of grace!

When Kelly Marie Tran joined the “Star Wars” franchise as the first Asian-American lead in the series, her character Rose​​ Tico garnered an unexpected response from fans. Despite Rose, a Resistance support crew member, doing nothing particularly wrong in “Star Wars: The Last Jedi,” she began to receive intense and hateful messages from viewers who didn’t like the new character. The unnecessary response actually drove her to completely leave social media and seek help from a therapist.

“If someone doesn’t understand me or my experience, it shouldn’t be my place to have to internalize their misogyny or racism or all of the above. Maybe they just don’t have the imagination to understand that there are different types of people living in the world,” Kelly told THR, adding, “I’ve truly just been so much happier without being on the internet.”

Alexander Skarsgård didn’t get the warmest reception to his portrayal of domestic abuser Perry Wright in “Big Little Lies.” In fact, Alexander says that during one of his first public appearances after the show aired, people seemed to be giving him the cold shoulder.

“People did not like me. I was isolated up in Alberta, Canada, so I missed the whole show and everything around it. I got back about a month after the series finale, and it was tough. I flew into JFK, got off the plane and people were like, ‘Oh…’ I’m going to die a very lonely man,” Alexander said during a panel.

While January Jones was playing Betty Draper in “Mad Men,” she says she got a varied response from fans depending on what the character was doing on the show. While viewers were initially kind to the actress, things changed after Betty left Don.

“The first couple seasons, people were very empathetic and felt bad for her…and were like ‘Poor Betty’ and people would come up to me and feel bad for me. Once she left Don and gained her independence and started speaking out for herself, started to empower herself… people hated her. Even at the end of season 2 when she slept with that guy in the bar, the hate that I got from men, especially…like ‘How could she do that?’ [Fans] were like mean to me on the street…I’m sort of sick of defending her, I love her and I’m sad I’ll never get to speak for her again because she’s brave in a way I’ll never be. She’s seriously flawed too but we all are,” January told ABC.

When Milo Ventimiglia played Jess on “Gilmore Girls,” he wasn’t well-liked by some fans. He says that in his first fan encounter ever, a woman simply told him how much she hated his character.

“I was at the gym, I’m 24 years old…and this girl stops me. She goes, ‘Excuse me. Do you play Jess on Gilmore Girls?’ She goes, ‘Oh my god. I f—ing hate you.’ And then…she didn’t even say, ‘Hey, good job.’ She just…she walks away! She was gone. She just wanted to say she hated me,” Milo said on “The Tonight Show.”

After Jack Gleeson wrapped filming on “Game of Thrones” he announced he was quitting acting, which author George R.R. Martin says he feared was because Joffrey was so disliked by fans.

“He created someone that everyone hates, and everyone loves to hate, and that’s a considerable feat of acting. I feel a little guilty that he’s quitting acting now. I hope that playing Joffrey didn’t make him want to retire from the profession because he does have quite a gift for it,” George told Entertainment Weekly.

During her time on “Game of Thrones,” Lena Headey didn’t earn the best reputation among fans because of her character Queen Cersei. While some viewers were able to differentiate between her on-screen persona and real life, Lena says she still had insults hurled at her in public.

“I guess it’s a compliment, when you’re buying a table and someone’s like, ‘You’re that f—ing bitch off of [‘Game of Thrones’]. Or people say, ‘I love her!’ and I worry more for them,” she said on “Conan.”

Dominique Perry says her “Insecure” character Tasha got a lot of hate from fans when she began a relationship with Issa’s ex Lawrence. Although Dominique believes Tasha was innocent in the situation, she understands that some fans view the character a homewrecker.

“I get so much hate mail. I’ve even had a girl be like, ‘Oh, my God, you know I want to fight you, right?’ For a lot of women, [Tasha] represents that side chick or that other woman that ruined a happy home. [But] I really don’t feel like Tasha is like that at all. She’s just caught in the middle of Issa and Lawrence’s situation. I feel like she’s just innocent in it all, to be honest,” Dominique told Essence.

When Jeffrey Dean Morgan joined “The Walking Dead,” his character Negan didn’t get a warm reception from fans. In fact, on one occasion, Jeffrey was riding motorcycles with Norman Reedus when they were approached by an angry older woman.

“We were in the middle of nowhere and stopped to get a coffee. And this lady is at our car, and she’s probably 80 years old, and she comes up and just flips me off and says, ‘F— you!’ And Norman falls off his chair, laughing, and I’m like, ‘Whoa! Whoa!’ It was crazy… I’m not convinced that my life is going to be totally awesome, as far as the fan base, after the first one…I think it’s going to take a minute for people to get to know the character and love to hate him as opposed to just the hate,” Jeffrey told Entertainment Weekly.

In one of Jack Quaid’s first acting roles, he played a teen named Marvel in “The Hunger Games.” On screen, his character killed fan-favorite Rue and he says the action is what he’s become known for, even years later.

“I’m more so known as the guy who kills the most adorable character in that movie. People hate me. It’s insane. I’m not proud of it — I’m officially sorry. Every time I post anything on Instagram — could be a photo of a mountain, could be a photo of my girlfriend’s cat — at least one person will say, ‘you killed Rue’ as one of the comments. And I’m like, ‘I know, and I’m aware,'” Jack said on “Jimmy Kimmel Live.”

“Westworld” star Ben Barnes saw some backlash from fans when his character Logan became more antagonistic on the show — but he actually didn’t mind all the hate he got.

“It was very exciting for the first time to have some light-hearted abuse shouted at me on the subway. Also just guys coming out of [bars] after like six beers and just pointing at you and shouting, ‘Violent delights have violent ends!'” Ben told Access Hollywood.

“Downton Abbey” actor Hugh Bonneville received some pushback when his character Lord Grantham inadvertently contributed to the death of a beloved character. On one hand, Hugh was not pleased to receive hate mail but says he was happy that people were so invested in the show.

“People on Twitter were devastated. I’ve had hate mail and bomb threats, because I’m obviously the most evil person on the planet for favoring one piece of medical advice over another. In some people’s eyes, it’s my fault, because obviously I do live in Downton Abbey! I don’t want you to take this the wrong way, but it’s lovely that people are devastated about Sybil’s death. It shows they’ve invested in the world, and it’s a real compliment that they care so much,” Hugh told CTV News.