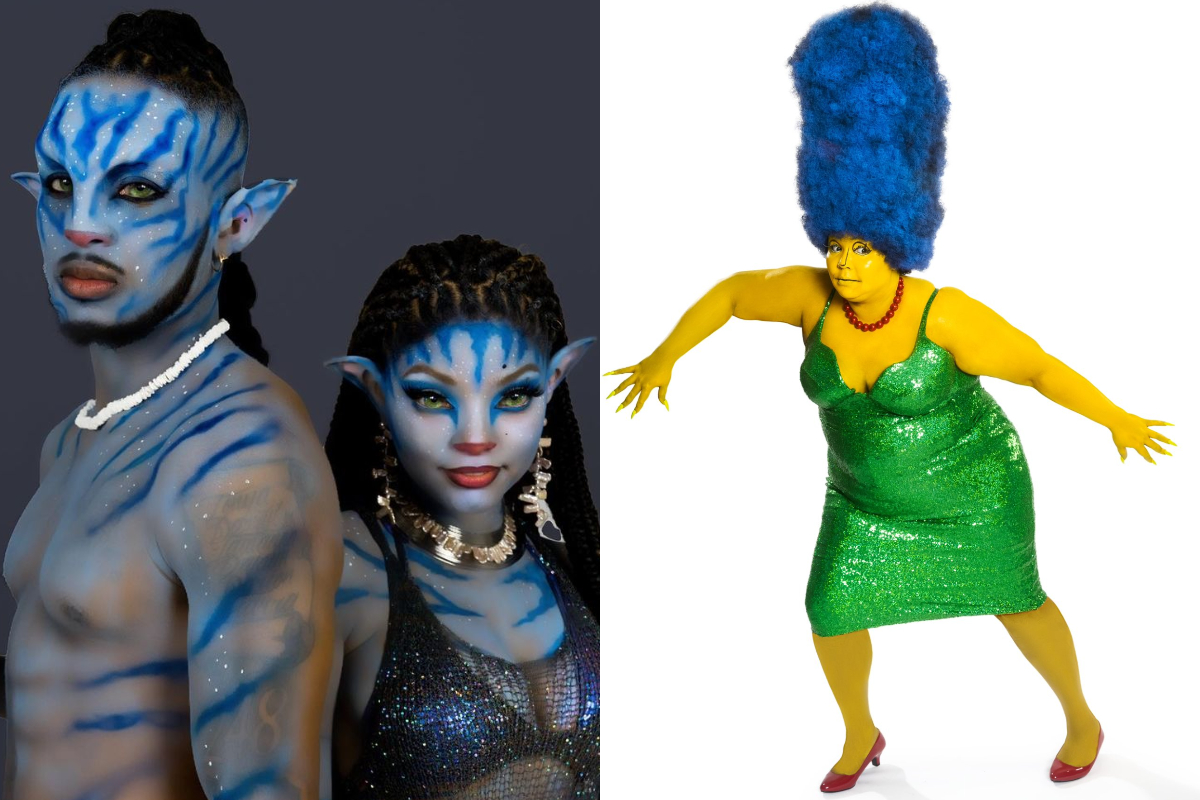 Halloween is extra fun for celebrities who bypass Party City lines and go all out with custom costumes! This year, creativity and extravagantly detailed costumes from a handful of celebrities took over people’s timelines.

A few standouts were Lizzo, who had three different looks, but her Marge Simpson and Chrisean Rock get-ups went viral. Diddy stayed in character as The Joker, showing off his acting skills while in costume for his followers.

Some celebrities opted to create whole sets around their costumes, like KeKe Palmer’s Repunzel look. The actress completed it with a fairytale backdrop and tower. Kylie Jenner also had an old, creepy laboratory as the backdrop of her bride of Frankenstein look.

The kids slayed too with their Halloween tributes. North West donned Michael Jackson’s original Smooth Criminal hat for her MJ costume. Singer Shenseea and her son matched with their Flinstones costumes. There were a lot of GOOD ones to see!

Scroll down to see all 20 of our favorite Halloween transformations this year.

kylie as the bride of frankenstein wearing jean paul gaultier ss22 yeah she ate this look DOWN pic.twitter.com/qRcekv5bVx