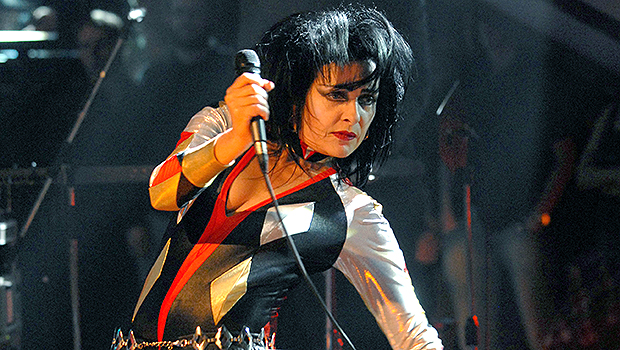 Isn’t Halloween the best day of the year? It’s the culmination of a spooky season that seems to start in September, and for those who bleed black and orange, it’ll last all the way into the new year. Though some of your favorite stars have already celebrated, the big finale is tonight — and to help your Halloween go out with a bang, HollywoodLife has put together a playlist of some scary female-powered songs to keep the Jack O’Lantern in your soul burning bright.

Sure, Michael Jackson’s “Thriller” and Bobby “Boris” Pickett’s “Monster Mash” are reliable hits for any Halloween playlist. But, it would just be sinful not to include some songs from Siouxsie Sioux and the Banshees. Any of the tracks from the iconic goth rocker would be a hit at a Halloween party, but considering Siouxsie has one named after the holiday, might as well include that. For more music, check out The Sound Of Halloween, HollywoodLife‘s feature where celebrities picked songs for a perfect Halloween playlist.

Along with Siouxsie, the groovy ghouls out there that want the best female-powered death rock will, of course, include 45 Grave. Fronted by Dinah Cancer (who once fronted an all-female punk band with Alice Bag called Castration Squad), 45 Grave is best known for its contribution to The Return of the Living Dead soundtrack, “Party Time.” It’ll definitely be party time when that song comes on, along with tracks by female-led groups like AntiWorld, The Bloodtypes, Killer Barbies, and Kitty In A Casket.

Poppy, Rihanna, and more are showing up to the party.  The ladies of psychobilly will also be there: Thee Merry Widows, The Hatchet Wounds, Voodoo Zombie, As Diabatz, and Screamin’ Rebel Angels, just to name a few.  It would be rude if you didn’t, and it seems these women will do worse things to your house than leave it covered in eggs and toilet paper. They’ll probably have some help from such garage rockers as the Gore Gore Girls, Empress of Fur, Ghouls Night Out, and Satan’s Cheerleaders (who released a song, “I’m Damned,” with Vampira. It doesn’t get any more Halloween than that!)

While the groups mentioned above live Halloween 24/7, 365-days a year, women don’t have to bleed orange and black to be on the greatest horror-music playlist ever. Tegan and Sara’s “Walking With A Ghost” is a perfect song for the season, as is “Zombie” by The Coathangers, “Haunted House” by Thee Tsunamis, and Halsey’s “Ghost.” Why, all these songs will help any ghoul get into the holiday spirit!