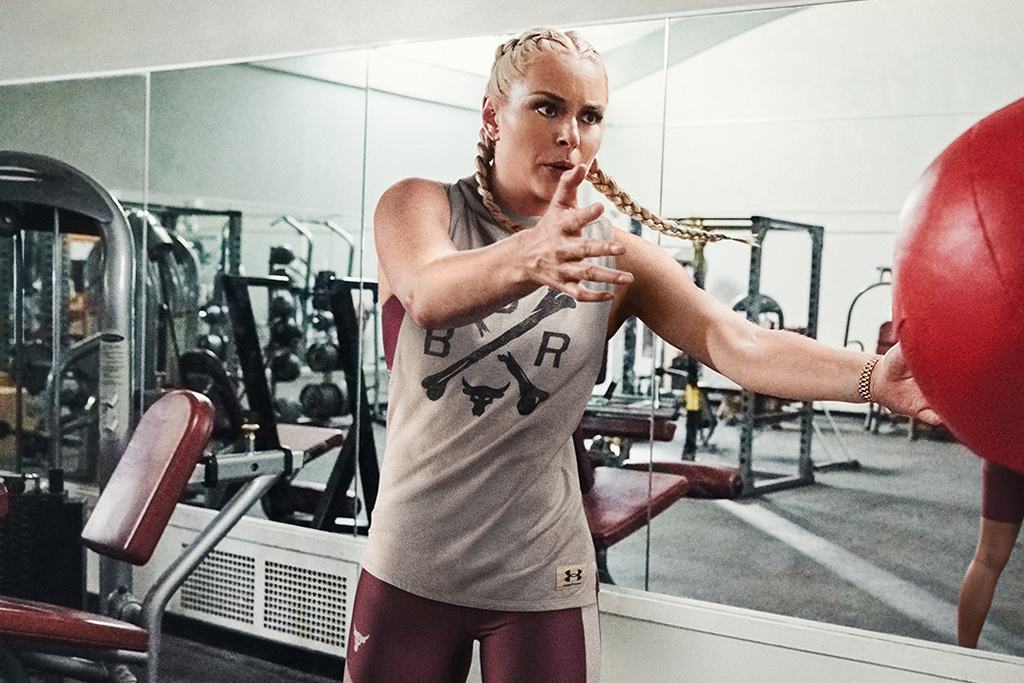 After retiring from professional skiing in 2019, one of Lindsey Vonn’s first gigs in retirement was signing on as an official ambassador to Dwayne “The Rock” Johnson’s Project Rock brand, which is made in partnership with Vonn’s longtime sponsor Under Armour.

Together the two inspiring figures have grown the collection to incorporate more women’s offerings, including a training shoe that’s now in its fourth iteration.

But the bond between these two pals goes back even further.

Vonn, who is the cover star of FN’s January issue, sat down with the magazine earlier this month for an in-depth conversation about her new memoir, “Rise,” and life post-retirement.

In addition to discussing her love of fashion, her struggles with depression and her ambitions in business, she also shared the origins of her partnership with Johnson.

“We actually started our friendship because he was on the cover of Sports Illustrated and they asked him ‘Could anyone keep up with you in the gym?’ And he said the only person would be me — and I was like, whoa, whoa, I’m not sure that’s accurate. Anyways, I was shocked by the interview and his people contacted us and he’s really been a great friend and a great mentor since then,” Vonn recalled.

She added, “I’ve learned a lot from him. He’s always been someone I can call anytime, which is pretty outstanding. And he’s like everything that he appears to be on TV and in movies. He’s just the nicest human.”

So when Johnson and Under Armour began working on Project Rock, Vonn said she called him up. “I was like, if you’re going to do women’s, we should do it together. And he said, You know what? That’s a great idea. And within like a month, we were on board.”

The appreciation between the two stars goes both ways. On the back cover of Vonn’s memoir, which debuted yesterday, Johnson offered this bit of praise: “More important than her historic accomplishments, the Lindsey I’ve become close with is a good, solid human being with a heart that knows no boundaries.”

And if you’re wondering if the former ski champ and the former wrestler have ever gone head-to-head in the gym, they have — several times, according to Vonn.

“Yeah, he’s, uh, he’s pretty strong,” she said. “It’s definitely intimidating being in the gym [with him]. I told him, if we’re going to work out, we’re going to do legs because I can’t compete with you on the arm front. Your arms as big as my legs!”

To read more of Vonn’s interview with FN, check out the Jan. 24 print magazine.