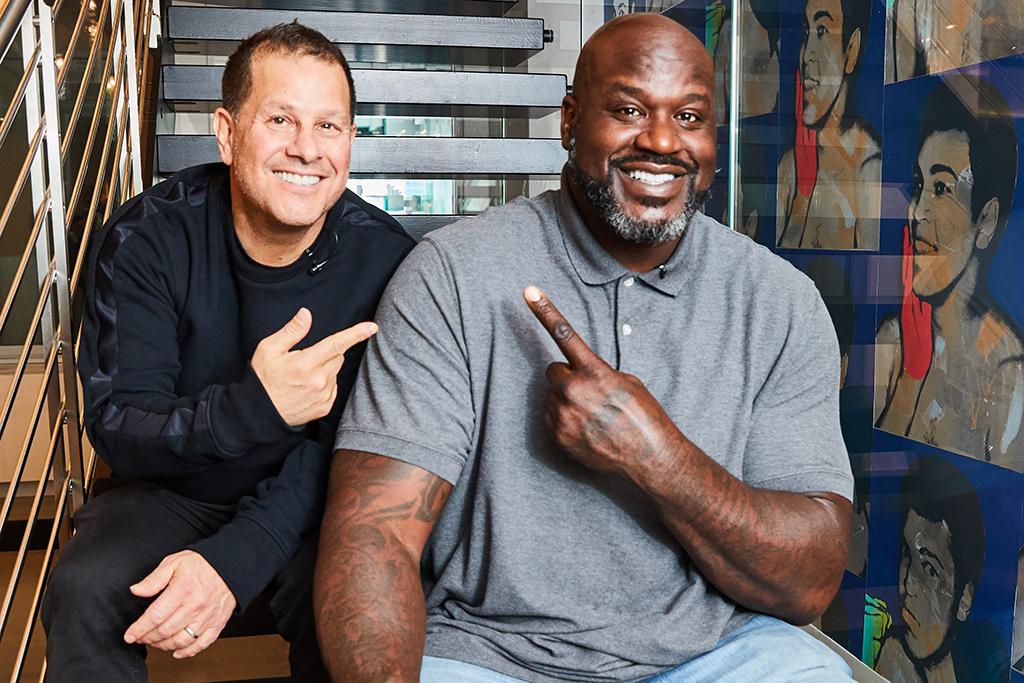 Shaquille O’Neal may be most commonly known for his celebrated career as an NBA Star. But the former athlete is also an avid businessman, working behind the scenes on some of the biggest retail deals of 2021.

O’Neal is the second largest individual shareholder of Authentic Brands Group, the company behind dozens of brand and retailer acquisitions, including Forever 21, Barneys New York, JCPenney and most recently, Reebok. The retail powerhouse, led by CEO Jamie Salter and president and CMO Nick Woodhouse, recently secured a pair of major new investors thanks to its talent in reviving struggling yet iconic brands.

ABG was awarded Company of the Year in Footwear News’ Annual Achievement Awards in New York on Tuesday.

O’Neal has owned shares in ABG company since 2015, when the company bought the rights to his name brand. It was then that the former athlete made a decision that would turn him into the second largest individual shareholder at ABG.

As Salter previously explained in an interview with FN in ABG’s New York Offices, moments before O’Neal closed the deal to sign away half of his brand proceeds to ABG, he turned to Salter with an idea.

“[O’Neal] says, ‘You know all that money you’re going to give me?’” related Salter. “I said, ‘Yeah.’ He says, ‘I’d like to invest it in ABG.’ And I said, ‘Hold on, I don’t understand. You need to explain that to me.’ He says, ‘I’m doing a deal with you to sell you 50 percent of everything I have going on for the rest of my life. Do you think I trust you?’ And I said, ‘I hope so.’ He says, ‘Why wouldn’t I be partners with you. We’re going to build this company together.’ And that’s how he became the second largest shareholder of ABG.”

Salter described the relationship between the two as a “marriage,” where both partners took bets on one another. Six years later, these bets appear to have paid off.

O’Neal said he was initially attracted to ABG because of the operation centered around fun, family values, and getting things done.

“I wanted to partner with a company that could perhaps have my name go on forever,” O’Neal told FN. “I met with a lot of companies but when I met with Jaimie and his family, I knew that this was the right place to be.”

During his time at ABG, O’Neal has played a role in many investments. In the case of Reebok, he was adamant that the company make a competitive offer to acquire the footwear label from Adidas.

“Being that I’m partners with [Jamie] — the brand master and reviver, the guy who works magic — I told him, ‘I think you should get Reebok,’” O’Neal told FN. “He never said no. And then one day I wasn’t even thinking about it and he said, ‘I got a big surprise for you. I’m going to send you something. I want you to sign it. Don’t look at it, just sign it.’ So I signed it. He said, ‘Congratulations, my friend, we own Reebok.’ And it was one of the best days in my life.”