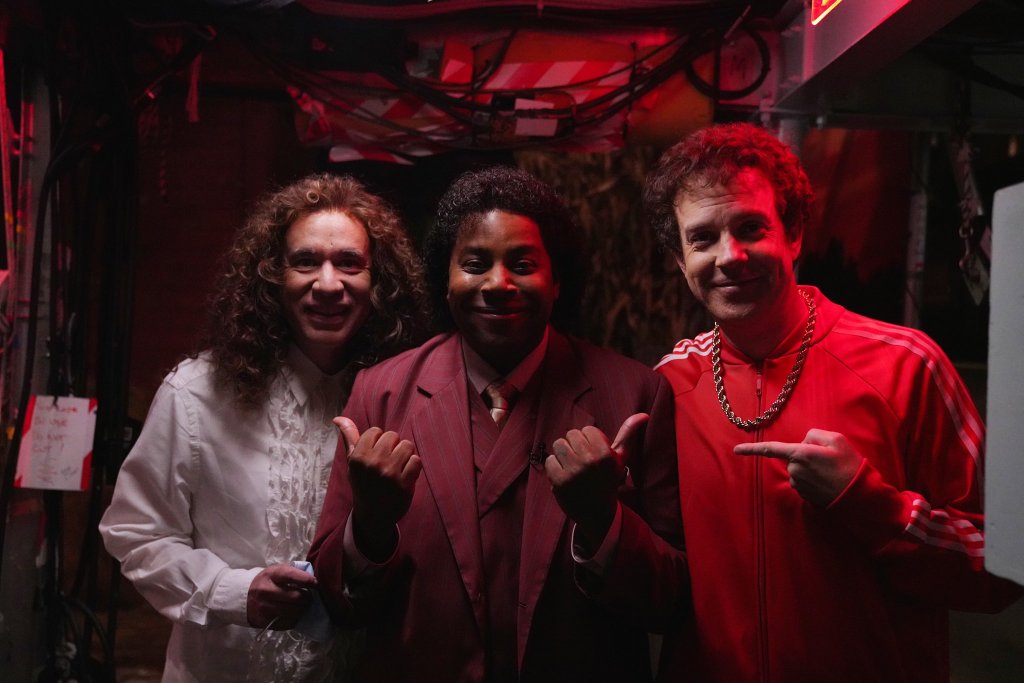 Jason Sudeikis returned as Vance, the overzealous, tracksuit wearing backup dancer in the latest What Up With That? skit on his SNL hosting debut.

Sudeikis was joined by Fred Armisen as Giuseppe, the Kenny G-esque saxophone player with Kenan Thompson taking on his traditional role as Diondre Cole, the host of the BET talkshow.

The trio were joined by Dune star Oscar Isaac, model Emily Ratajkowski and Nicholas Braun, who was not Lindsey Buckingham in a Cousin Greg costume.

It marks the latest take on the classic skit – the first since April 2020, when Brad Pitt, as Dr. Anthony Fauci was joined by Charles Barkley and DJ Khaled featured in a Zoom/pandemic take.

Prior to that, the last What Up With That was in December 2012, featuring a curse word-laden Samuel L. Jackson.