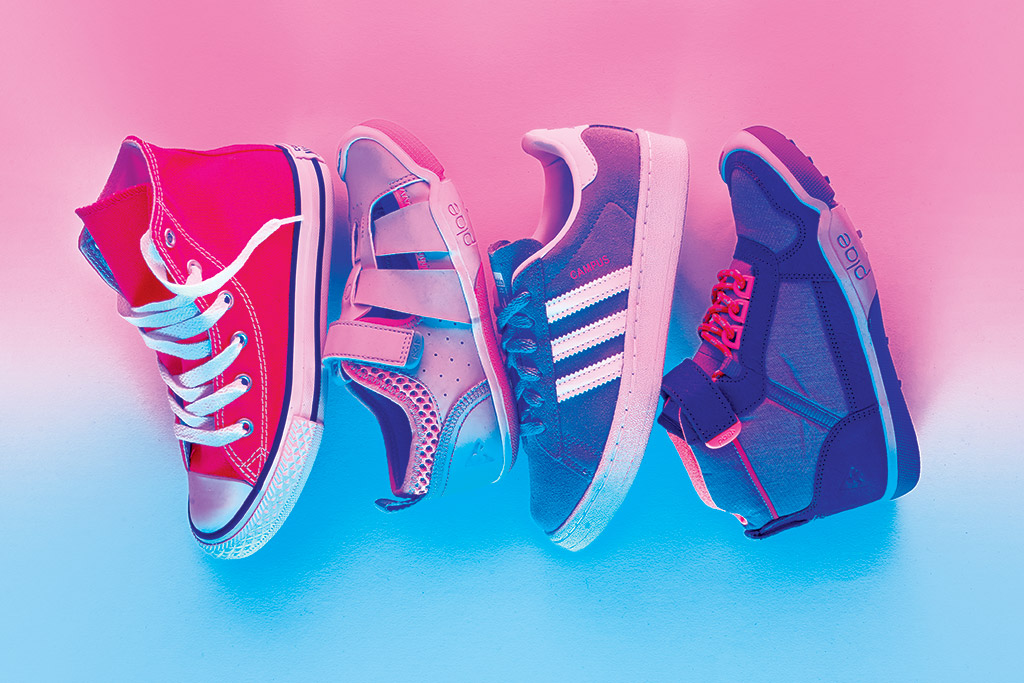 The Footwear Distributors and Retailers of America is calling on President Joe Biden to eliminate tariffs on children’s footwear and give parents a break amid rapidly rising prices on consumer goods.

In a letter sent yesterday to The White House, FDRA president and CEO Matt Priest noted that prices for kids’ footwear are at their highest point in 70 years, “causing massive sticker shock for those who can least afford it.”

He pointed out that the global supply chain issues have been a major contributor to the rise in retail prices; however, there is also another factor. “Government import taxes now make up 30% of the price of certain types of children’s shoes at big box retailers, where most working-class families shop,” Priest wrote. “This is the major reason why kids’ shoe price inflation is well above other basic goods.”

The FDRA, which represents over 95% of the shoe industry, asked Biden in the letter to address the problem by removing the Section 301 tariffs on all children’s footwear by executive order. (According to the organization, 99.5% of kids’ shoes sold in the U.S. are imported.)

“While we know you cannot directly reduce our supply chain costs, you can directly help reduce disproportionate retail price spikes with a stroke of your pen,” wrote Priest. “That would immediately help every family.”

Makers of children’s shoes cheered the action by FDRA.

Sammy Esquenazi, owner of Josmo Shoes, which produces kids’ footwear under the Josmo, Badgley Mischka, Laura Ashley and other labels, said his company has been forced to increase prices at unprecedented rates. “There are also certain types of footwear that we were forced to either stop making or have just reduced our quantities for fear of these new higher prices that most can’t afford,” he added. “This is something that the president can do rather easily and should do it as quickly as possible.”

For Peter Roccamo, president of Esquire Brands, which holds the kids’ licenses for brands including DKNY, Kenneth Cole and Jessica Simpson, the problem has put an unsustainable strain on the industry — for both manufacturers and retailers.

“The likes of Burlington, Ross and Marshalls/TJX are the hardest hit,” Roccamo said, explaining that off-price merchants can’t afford to raise prices or they risk losing customers. “We all are working much harder in our partnerships to blend margins and work around price increases, both in material goods and shipping costs. It has not been easy. Everyone is giving in from both sides to make this work. But in all fairness, this way of working is not sustainable. It’s a band aid on existing and current business.”

He added, “Something must be done as this really does impact the consumer that can ill afford increases that are coming down the line.”

According to the Bureau of Labor Statistics’ monthly report, overall consumer prices rose by 5.4% in September compared to a year ago, and footwear also continued to show increases, a trend that has been building since July. Shoe prices increased 6.5% year-over-year, with the women’s category up 4.9%, kids’ up 11.9% and men’s up 5.5%.

Since President Biden took office in January, the footwear and fashion industries has been lobbying his administration to roll back many of the restrictive tariffs put in place by former President Trump. In addition to sending multiple letters, in August, FDRA joined with the American Apparel and Footwear Association and several other retail organizations to file a “friend of the court” amicus brief in the U.S. Court of International Trade, arguing that the List 3 and List 4A tariffs imposed by Trump under Section 301 of the Trade Act of 1974 were unlawful.