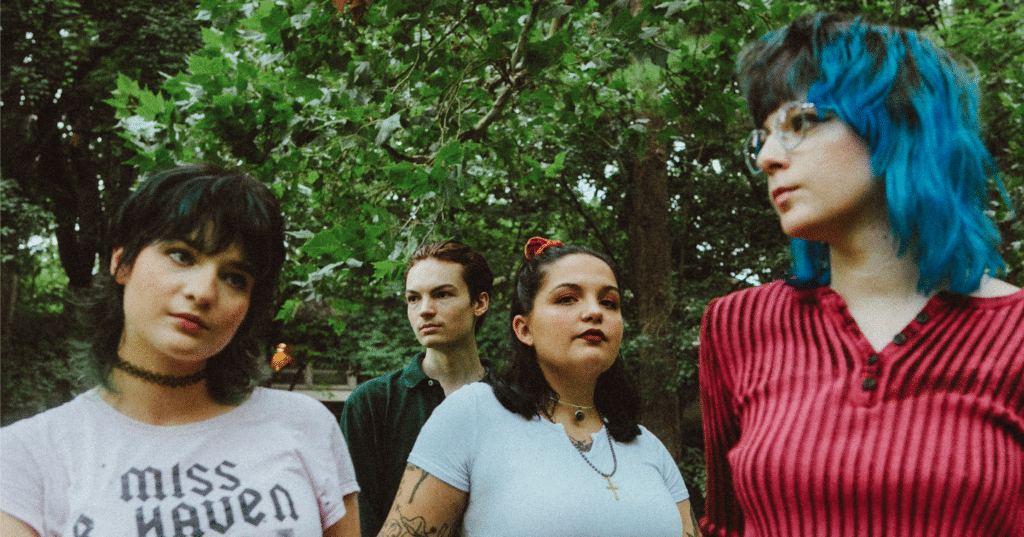 Snarls have released a new song called ‘I’ll Follow You’. It’s taken from the Columbus indie outfit’s upcoming EP What About Flowers?, which was produced by Death Cab For Cutie guitarist Chris Walla. Give it a listen below.

According to vocalist Chlo White, ‘I’ll Follow You’ is about being afraid to love someone due to past relationship trauma. “It’s that moment when you have to really look at yourself and ask… is this my intuition telling me this person is a threat? Or am I projecting other people’s actions onto them?” she explained in a statement, adding, “Loving someone while having mental illness can be a challenge, and sometimes scary. This song captures the feelings of fear, but ultimately, deciding you do want to love because deep down, that’s all you really know how to do.”

What About Flowers?, which will follow the band’s 2020 debut album Burst, is out November 12 via Take This to Heart. It was led by the single ‘Fixed Gear’, which landed on our Best New Songs list.