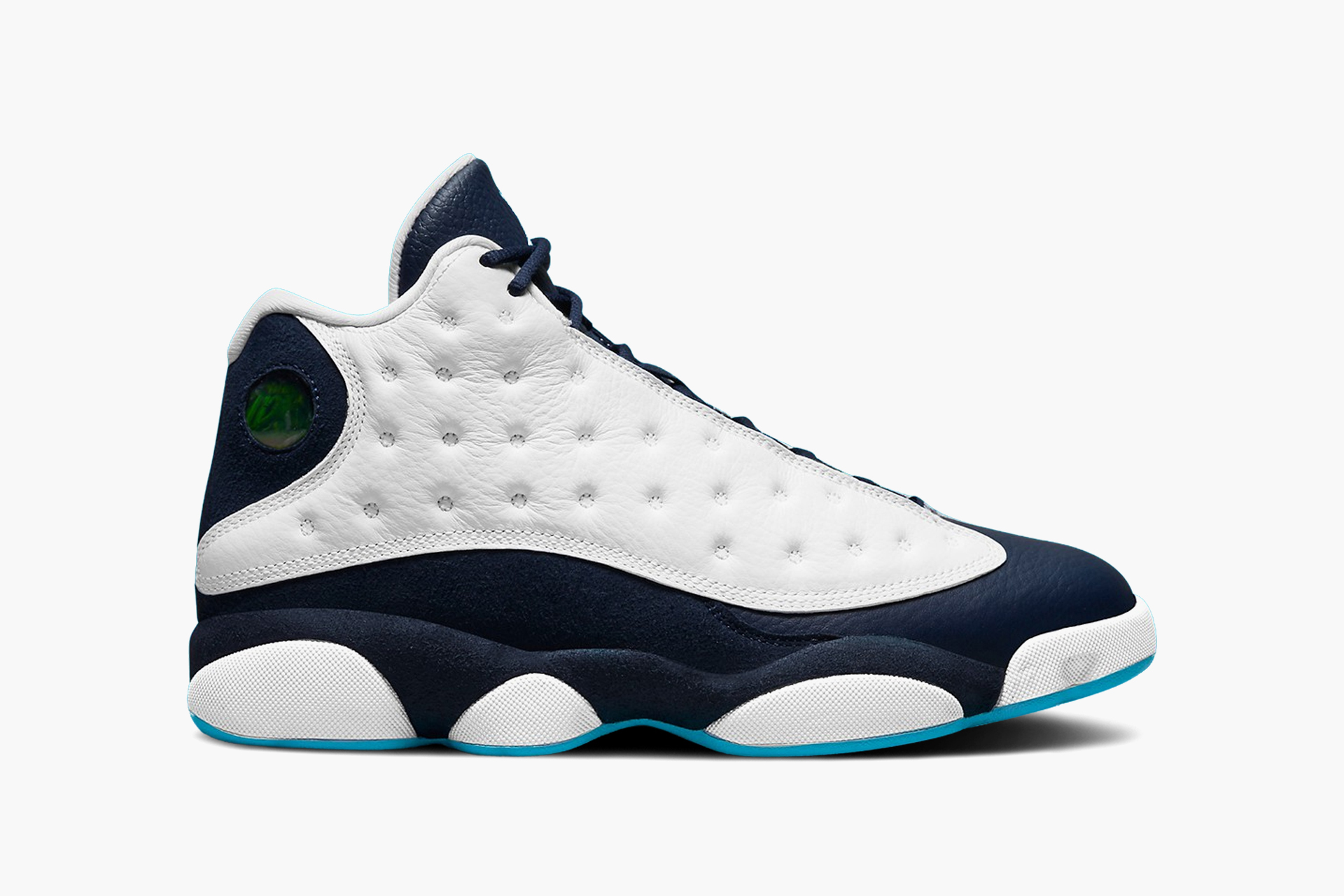 The Air Jordan line has been defying dress codes for more than 35 years. Since 1985, the franchise has continually introduced innovative palettes and hues that make sneakerheads salivate. Based on Michael Jordan’s Chicago shade of red alone, Jordan Brand has released classic after classic in the form of “Cardinal,” “Fire Red,” “Infrared,” “Carmine,” and many more.

In 1997, an entirely new tone was introduced. Dubbed “Obsidian,” the dark blue hue was the opposite of the simmering reds that defined the Jordan line up to that point. Named after a type of rock that occurs when hot lava rapidly cools, the shade stood out because it was more nuanced than navy and other blues on the market. The color was featured on the original Air Jordan 12 before appearing on numerous Nike Basketball products and eventually a range of retros.

This week, the Air Jordan 13 Retro “Obsidian” debuts as both an homage to the model that preceded it and a continuation of the unique history of a color inspired by volcanic stone. Ahead of the model’s release, here’s a list of the best “Obsidian” Air Jordan retro releases available now on GOAT.