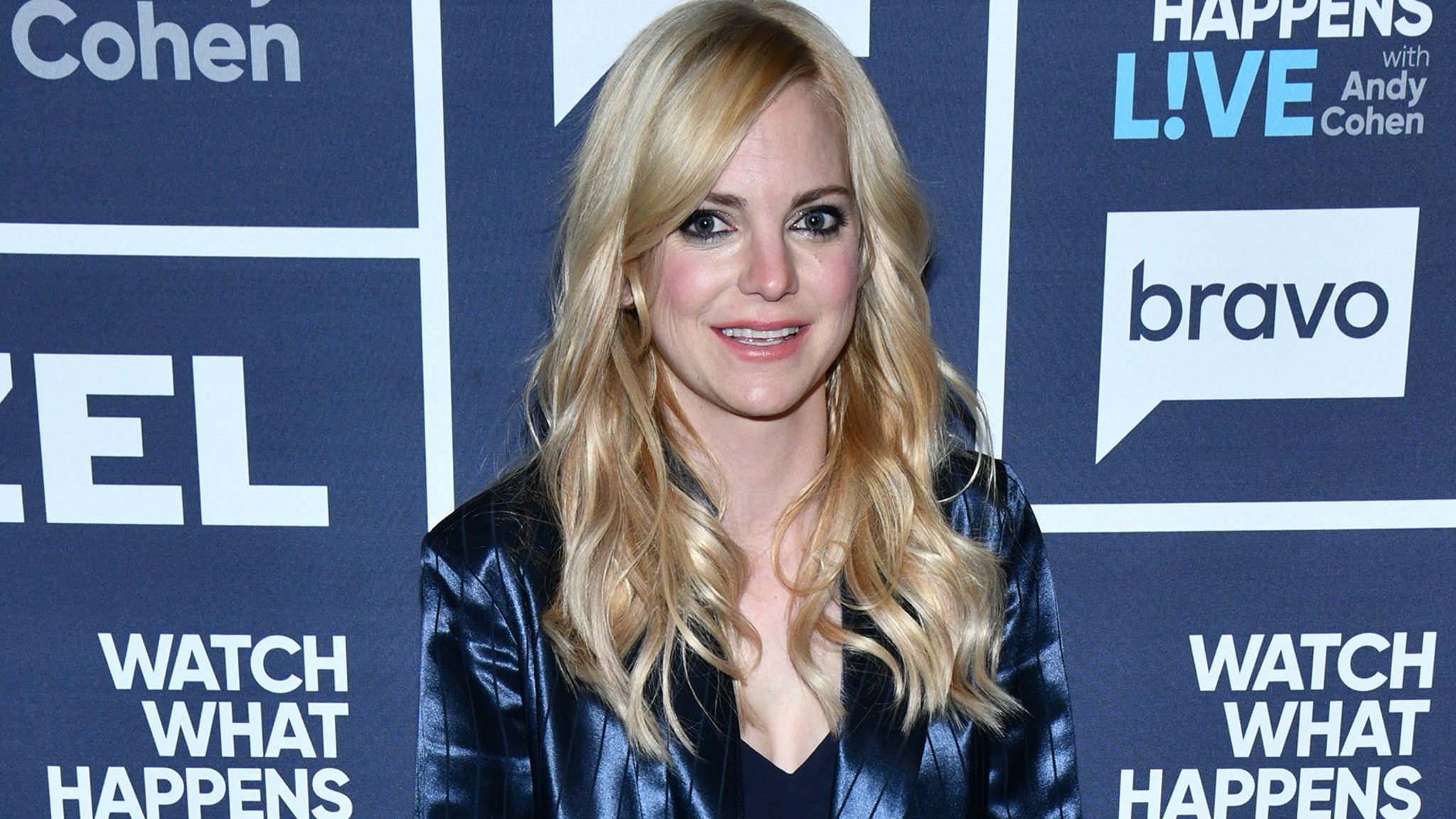 “It was probably the hardest thing I’ve ever done⁠, harder than childbirth.”

Breaking up is hard to do — and dealing with the heartbreak that comes afterwards is sometimes even more difficult. Unfortunately, almost everyone experiences heartbreak at least once in their life, even some of the biggest celebs in the world. While fans may expect these stars to keep the details of their split on the down low, quite a few have been pretty honest about dealing with the aftermath of the end of a relationship.

These surprisingly candid celebrities have opened up about dealing with heartbreak and for many people, it’s incredibly relatable. Whether they were lamenting on the pain of a breakup or dishing advice about how to move on, these stars all had something helpful to say for anyone going through a split.

Here’s what these stars had to say about heartbreak…

During the pandemic, Rachel Bilson went through a “really hard breakup.” While she didn’t share whom she split with, she was linked to Bill Hader right before the world went into lockdown. Rachel says that going through that heartbreak while quarantining was exceptionally hard, but she made it through.

“I could not leave my house, you know what I mean? I had nothing else to do but sit in it, and deal with it and feel it. It was probably the hardest thing I’ve ever done⁠, harder than childbirth even though it hurt like a motherf—er…If you actually face it, you can come out of it and be like, ‘OK, I did that and I’m ready for the next thing,'” Rachel said on the “Broad Ideas” podcast.

Taylor Swift is no stranger to heartbreak — and writing about it in her songs. She eloquently reflected on breakups back in 2015, explaining that it takes time to replace old habits that involve a former significant other.

“You know how it is when you’re going through heartbreak. A heartbroken person is unlike any other person. Their time moves at a completely different pace than ours. It’s this mental, physical, emotional ache and feeling so conflicted. Nothing distracts you from it. Then time passes, and the more you live your life and create new habits, you get used to not having a text message every morning saying, ‘Hello, beautiful. Good morning,'” she told Elle.

After Katy Perry’s split from ex-husband Russell Brand, she opened up about coping with heartbreak. She explained that after such an emotional experience, humans can either be destructive or take care of themselves. For her, she spent two weeks “just eating Flamin’ Hot Cheetos and drinking” before realizing it wasn’t the right path.

“There are two ways you can go: You can either nurture yourself or go destructive. I have gone down the destructive path before, and that didn’t work for me. You dig deep beyond those scars and find that soft tissue again, and you massage and nurture it and bring it to life, little by little, through serving yourself well. I did it through hikes and vitamins and therapy and prayer and good friends,” Katy told Marie Claire.

Jennifer Lopez once reflected on the heartbreak she felt after splitting with ex-husband Marc Anthony. While she’s found love once again, Jennifer says that at the time, it felt like she had failed and her dream had been taken away from her.

“There’s no pain or failure like going through a divorce. That hope, that dream, that fairytale, with that first time that dream gets blown to pieces, you feel like you’re going to die. You feel like you failed. You feel like no matter how hard I tried, I couldn’t make it work,” Jennifer said in her documentary “Jennifer Lopez: Dance Again.”

14 Celebrities Who Got Relationship Tattoos

Gwen Stefani admits that throughout her life, she questioned why she had experienced so much heartache. But following her divorce from Gavin Rossdale, she says she realized she had gone through it so that she could help others.

“For a long time, I could not understand why I’d had so much heartache in my life. I have parents who are still married and in love…I had such loving role models. I didn’t understand it. What I learned was that my heartbreak was supposed to happen, that it was my purpose to write about and share my story. I met at least 50 to 100 people before each show on my tour and got to hear that my truth and my story translated, and I feel very lucky and honored knowing that,” Gwen told Marie Claire.

Back in 2012, Emma Stone recalled her first heartbreak, which she says literally made her physically ill. While Emma is now happily married, her first broken relationship was extremely difficult to process.

“I was crawling on the floor. I remember throwing up. Like, within the hour. I remember being on the floor…I have never felt anything quite like that. It was so visceral. It’s like someone has killed you and you have to live through it and watch it happen…It was awful,” Emma told Interview magazine.

Sarah Jessica Parker admits she’s been through heartbreak before but says that it’s just a part of life that people have to go through. She believes people need to get heartbroken — and break some hearts along the way too.

“I think it’s great to have been wrong in love and been destroyed and heartbroken. I just think it makes what you imagined to be a life choice better. Everybody should date if that’s what you’re interested in and you should be wrong, and you should break some hearts and your heart should be broken, and you should lay in bed in your old days next to a telephone looking at it hoping it’s going to ring and be disappointed that it never does,” Parker told Gwyneth Paltrow on her “Goop” podcast.

Beyoncé once shared that she has experienced heartbreak in all areas of her life — from relationships to her career. While it was painful at the time, looking back, it helped her grow and made her stronger.

“I have experienced betrayals and heartbreaks in many forms. I have had disappointments in business partnerships as well as personal ones, and they all left me feeling neglected, lost, and vulnerable. Through it all, I have learned to laugh and cry and grow. I look at the woman I was in my 20s and I see a young lady growing into confidence but intent on pleasing everyone around her. I now feel so much more beautiful, so much sexier, so much more interesting. And so much more powerful,” she said in an interview with Vogue.

Here’s How These Celebs Knew They Were With ‘The One’

Jenna Dewan says that following her split from Channing Tatum, she felt as though she was “in a dark closet, desperately trying to find the light or the way out.” While she tried to move on by spending time with friends, she admits she still had difficult moments — all which were necessary to help her move on.

“I was in a state of shock. One week I’d be doing really well and the next I was slammed with a whole new slew of emotions…The pain hit me like a tumbling avalanche. I was completely overcome with fear and sadness. It took many moments of sitting alone with my grief to force me into surrendering to my roller coaster of a situation…In the beginning I turned to the typical remedies. I drank a whole lot of wine with friends. I had many moments of deep, painful, big cries. And both were very necessary in getting me to the next hour, through the day, on to another week,” Jenna wrote in her memoir “Gracefully You.”

After Jordin Sparks’ split with Jason Derulo, she opened up about experiencing heartache and how she got over it. She says she gave herself 21 days to heal, even though at times it seemed like an impossible task.

11 Actors Who Were Totally Traumatized Following a Role

Oprah Winfrey has been with her partner Stedman Graham for over 30 years but previous to finding her life partner, she admits she experienced some intense heartbreak. Despite it being difficult at the moment, she says there is always a lesson to be learned.

“No, it doesn’t feel good. It doesn’t feel good in this moment, but in the future, it’s the thing that’s going to light you up so you can stay lit! When you look at the thing, the deeper the heartache, the more you needed to learn, and that’s actually the truth…Every heartache is there to teach you something about yourself,” Oprah told Vibe.

Anna Faris has been through a few heartbreaks in her lifetime and wants people who are struggling with a breakup to know that everyone has been there — and made it through.

“Everyone has had their heart broken or screwed up a good relationship. And my hope is that people will walk away realizing that so many journeys are the same. My heartbreak is the same as someone else’s,” Anna said.