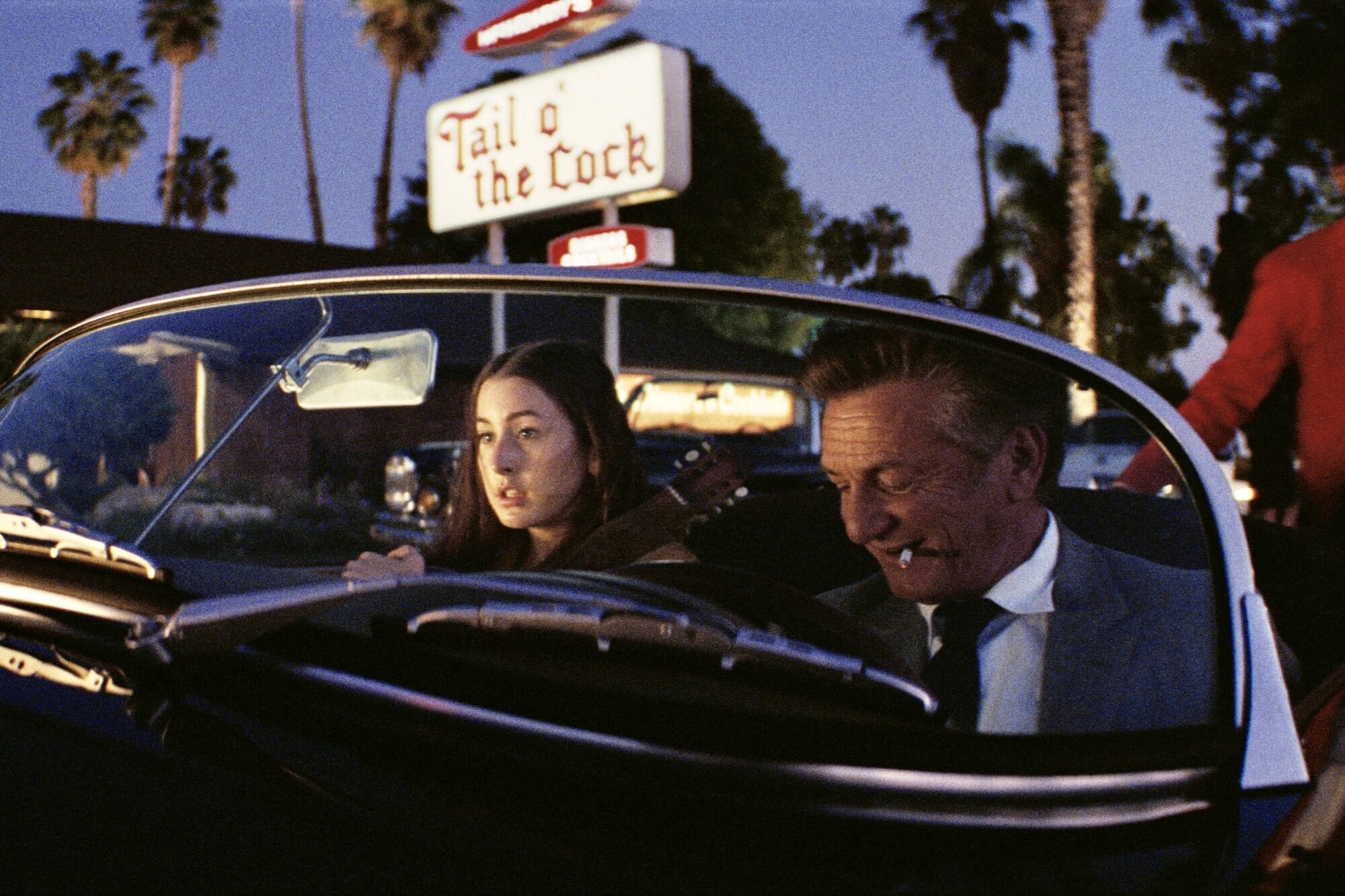 Written and directed by Paul Thomas Anderson, Licorice Pizza is a nostalgic, adventurous, and funny coming-of-age story set in 1970s California. The film stars Alana Haim and Cooper Hoffman, both in their film debuts, and features a smattering of well-known actors in supporting roles. Bradley Cooper, for instance, plays Jon Peters, who is based on a real person. Hoffman’s Gary is a fifteen-year-old entrepreneur and self-proclaimed showman. His interest in show business leads him and Alana to meet with executives, producers, and other characters inspired by real-life people in the industry. These fun tidbits are presented with lighthearted humor so that even viewers who don’t get the references will be entertained.

Alana is considerably older than Gary, but this doesn’t stop him from trying to pursue her romantically. They end up teaming up to start their own business selling waterbeds, while Alana becomes involved with some important people through Gary’s Hollywood connections. She also spends a lot of time with his young friends, for which she feels judged by her sisters (played by her real-life sisters and HAIM bandmates, with whom she recently premiered a new music video directed by Paul Thomas Anderson himself). Though Gary and Alana are different in many ways, they share many similarities, too. Gary is quick to notice this, but Alana is adamant that their relationship will never cross over into romantic territory, even as she realizes how well they work together operating their business. Licorice Pizza is a joy to watch, and its vibrant script is peppered with memorable quotes, leaving viewers nostalgic for the film as well as its liberated 70s setting.

Alana: Are you asking me out?
Gary: Yes.
Alana: I’m not going on a date with you – you’re twelve.
Gary: You’re funny. I’m fifteen.

Gary: I’m not trying to pressure you … If you want to come and say hello, if it’s convenient within your plans, I’d love to see you.
Alana: “Convenient within my plans”?

Gary: I’ve been right here the whole time. I get this feeling I was meant to know you, Alana.
Alana: You know I’m twenty-five, right? I can be your friend, but I can’t be your girlfriend. That’s illegal.
Gary: You give me hope. This is fate that brought us together. This is fate.

Alana: I’m cooler than you. Don’t you forget it.
Gary: I don’t need you to tell me whether I’m cool or not, old lady.
Alana: What was that?
Gary: I said “milady”.

Jon Peters: You have a good relationship with your dad?
Alana: Yeah.
Jon Peters: What does he do?
Alana: Real estate.
Jon Peters: Did he teach you how to drive? You’re good at it. It’s not easy – Gary can’t do it.

Alana: You don’t even know what’s going on in the world. You think that the world revolves around Gary Valentine and whatever stupid sh*t you come up with.
Gary: It does.

Jon Peters: There’s no gas-o in the goddamn car-o, Steve-o.